Home » Hip Hop News » Rumors Surface That Quavo Allegedly Took Back a Bentley He Got For Ex-GF, Saweetie, After Public Breakup on Twitter 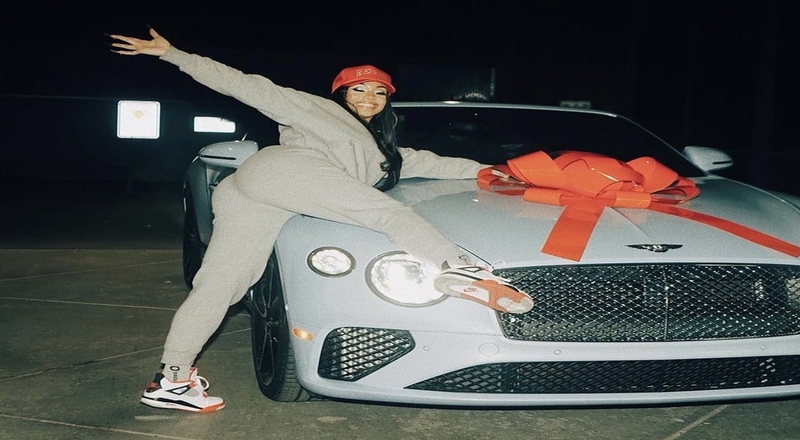 On Friday, Saweetie and Quavo disappointed a lot of social media as the two took to their Twitter feeds to reveal that they are done as a couple. This is after Saweetie initially came out saying that she’s single and “emotionally checked out” a while ago. She also added that she felt hurt and betrayed by Quavo. Cheating was also hinted at.

“I’m single. I’ve endured too much betrayal and hurt behind the scenes for a false narrative to be circulating that degrades my character. Presents don’t band aid scars and the love isn’t real when the intimacy is given to other women. I emotionally checked out a long time ago and have walked away with a deep sense of peace and freedom. Excited for this new chapter of elevation.”

Now, the latest Quavo-Saweetie trending topic on Twitter is a Bentley. Rumors have swirled that the Migos rapper had a Bentley that he bought for Saweetie last Christmas repossessed. Quavo has yet to confirm this but as of now, the consensus is that he did carry out this petty move.

Quavo also tried to defend himself on Friday on his Twitter account by claiming that Saweetie wasn’t he woman he thought she was. In the end, he wished her all of the best.

More in Hip Hop News
Verzuz Reveals Upcoming Schedule Which Includes The Isley Brothers Vs Earth, Wind, and Fire, Method Man vs Redman, Plans For a Rematch From a Previous Verzuz, and More
Joseline is being dragged by Twitter, for asking if the photo of Kevin Hart, and his baby is real, as people point out her and Bonnie Bella, and fans also say Joseline always chooses violence