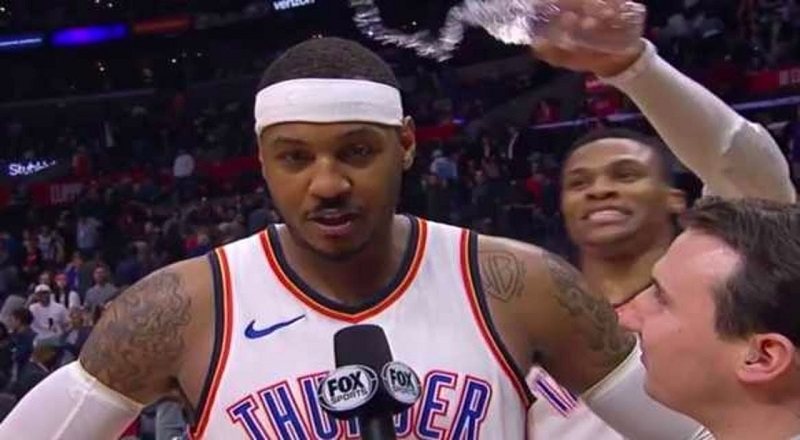 This was the team that was supposed to give the Golden State Warriors a hard time. Everybody believed it, the Warriors, the Thunder, and the fans, included. How could a team with Carmelo Anthony, Paul George, and Russell Westbrook, the MVP, struggle?

History has taught that every super team isn’t necessarily going to succeed. The original super team was the 2003-2004 Lakers, which added Karl Malone and Gary Payton to Kobe and Shaq. Also, the first season of LeBron James with the Heat came up short.

Whatever the case, the Oklahoma City Thunder stand a better chance of beating the new-look Cleveland Cavaliers with a whole team, than just Paul George. There is good news for Paul George, and the Thunder, tonight. A few minutes ago, news broke that Russ and Melo would indeed be playing tonight.