Home » Hip Hop News » Russell Westbrook blasts the Philadelphia 76ers’ fan, who poured popcorn on him, calling it “out of hand,” adding that in any other setting, if that happened, people know what would happen [VIDEO] 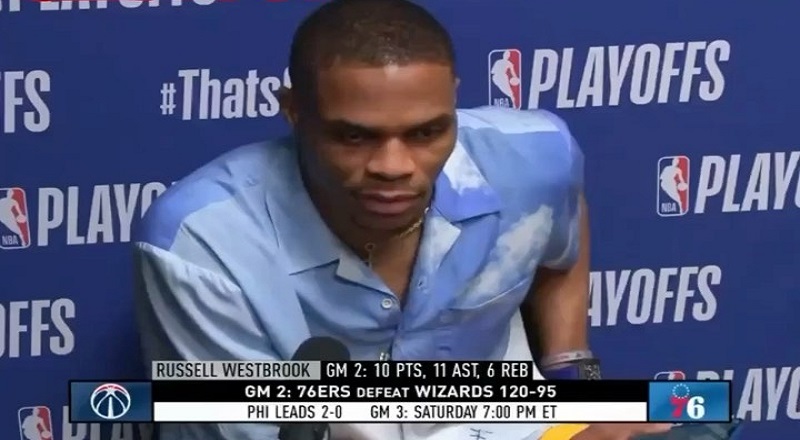 Russell Westbrook, since leaving the Oklahoma City Thunder, has become a journeyman. Currently, he is playing for the Washington Wizards, and he has turned the franchise around. A strong ending to the season led the Wizards to the playoffs for the first time in years.

The Washington Wizards took a second blowout loss, to the Philadelphia 76ers, in the NBA Playoffs, in Game 2. After the game, Russell Westbrook was heading to the locker room, when a fan poured popcorn on his head. During a press conference, Westbrook said the fans are getting out of hand, the NBA needs to handle it, and said if this had happened, outside of the game, it would’ve ended differently.