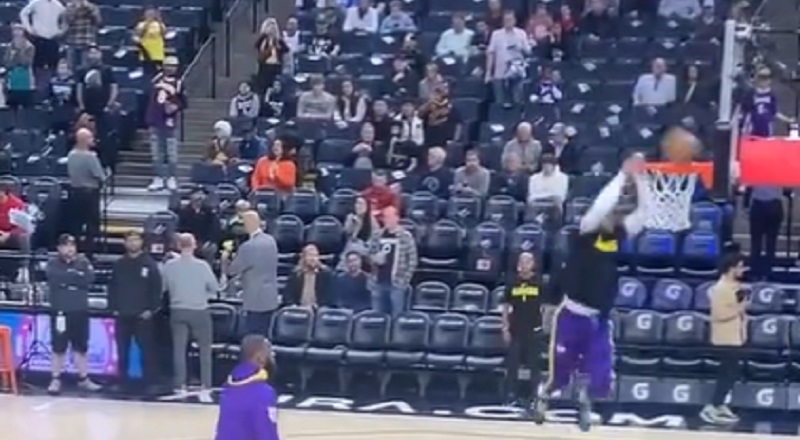 Russell Westbrook is used to making each team he joins a better team. However, that has not been the case during his time with the Los Angeles Lakers. On paper, a team with Russell Westbrook and LeBron James should be the NBA’s top team. In actuality, the only team to have those guys on the same roster went 33-49, last season. This season, they are 0-5 together.

Russell Westbrook helped turn the Oklahoma City Thunder into perennial contenders. Built from the ruins of the Seattle SuperSonics, the Thunder were a new team, but an older franchise. As a result, the Thunder’s franchise history often comes into question. Whatever the case, Westbrook is an Oklahoma basketball legend. Alongside Kevin Durant, Westbrook led the Thunder to consistently being one of the NBA’s top teams, and even played in the 2012 NBA Finals, losing to the Miami Heat.

Russell Westbrook has had a hard time since joining the Los Angeles Lakers. Last year, Westbrook made his debut with the team. The Lakers were projected to return to championship form. After all, the Lakers’ 2022 roster was similar to their championship 2020 roster. During the season, Russell Westbrook was the only player on the Lakers’ roster to play the whole season. Despite this, he took the blame for the Lakers’ struggles. Last night, the Lakers visited the Minnesota Timberwolves. In the pre game warmups, Westbrook was shooting around. When he went for a dunk, he missed the dunk.

More in Hip Hop News
Kanye West calls out mother of George Floyd’s daughter, after she filed reported $250 million lawsuit, against him, due to his comments about George’s passing
Lori Harvey shows off her Beyoncé costumes, for Halloween [PHOTOS]