Home » Hip Hop News » Sabrina Peterson applauds comedian Lauren Knight, who stood up for herself, after T.I. bashed her for bringing up his sexual assault allegations, during stand-up 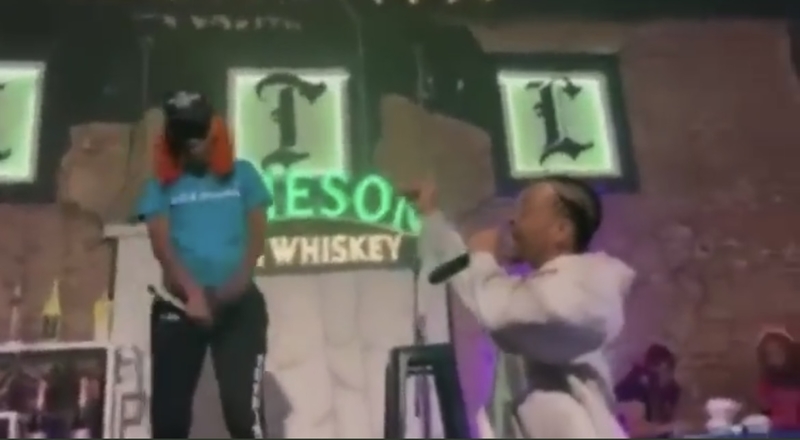 T.I. has been trending heavily on social media over the past 24 hours. This is due to him going off on a female comedian, Lauren Knight, in Atlanta, who brought up his sexual assault allegations, during her stand-up show, on Monday night. T.I soon tried to hug it out with Knight, but Knight maintained that that was her show, and she can speak on what she wants. Knight says allegations joke supposedly went down, after T.I. heckled her and told her to take her wig off.

T.I. emphasized that he hasn’t been charged for anything. In January 2021, Sabrina Peterson claimed that she’d been assaulted by T.I. and his wife Tiny, while other women soon DMed her about being sexually assaulted. Peterson even claimed that T.I. pointed a gun at her, before.

“There was no f*cking crime. It is nothing to charge me for,” T.I. yelled. “Shut the f*ck up for a second. Listen, no, no, no. As many times as you done talked on that sh*t, n***a, I’m gon’ check yo’ motherf*ckin’ ass as long as it takes. When you stop talkin’ about it, when you stop playin’ with me and mine, I’ma stop sayin’ something.”

Now, Peterson has seen this viral video, as well. She commended Knight for standing up against T.I., and watching this clip made herself feel triggered too.

“The sad part is if you didn’t have that footage his lies would have cost you your career,” Peterson said under The Neighborhood Talk’s Instagram comments.. “Love & light! Protect black women I was more than triggered watching him walk up on you but the blessing was he didn’t have a gun like he did me. I’m a woman first & if we don’t ride for us then no one will.”

The comedian (@ShesLaurenK) says T.I was being a heckler telling her to take her wig off and got hit with a “I’ll take my wig off, when you address those allegations” response pic.twitter.com/3QCjZroicm

T.I goes off on comedian for joking about his sexual assault allegations at a Comedy show pic.twitter.com/NLVXcS6Gpn