Home » Hip Hop News » Safaree breaks down crying, telling Angie Martinez he was robbed at gunpoint, this morning, and Twitter is trying to figure out what’s going on and why he still has his furs (FULL VIDEO INCLUDED) #Safaree [VIDEO] 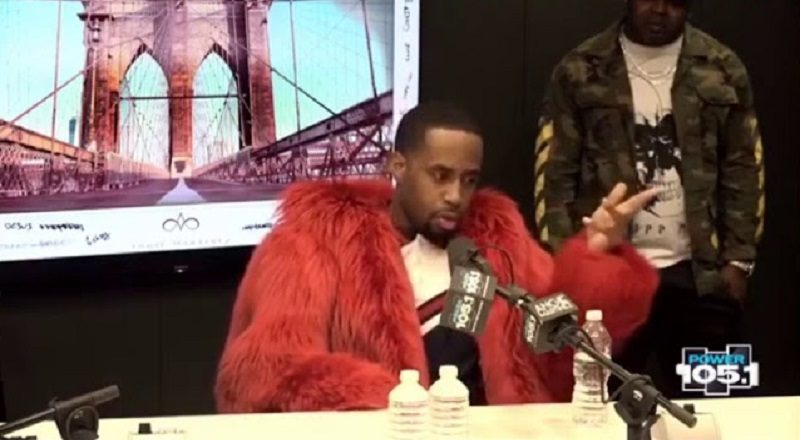 Recently, Safaree has been all over the place, as he’s still buzzing off his sextape. The rapper is making himself known as a star, in his own right, following his time with Nicki Minaj. Since 2016, Safaree has had a home on VH1.

Safaree did two seasons on “Love & Hip Hop Hollywood,” did the first season of “Scared Famous,” and also did “Love & Hip Hop.” Tonight, he even shows up on “Leave It To Stevie” to give Stevie J advice. This morning, Safaree got robbed, apparently.

Angie Martinez talked to Safaree, this morning, and he broke down crying, explaining that he was robbed. Because of his antics, social media isn’t fully taking him seriously, unfortunately. Some are even questioning, on Twitter, why he is rocking his furs, and why he still did the interview, if he was robbed.

Read the tweets about Safaree below: