Home » Hip Hop News » Safaree Reportedly Wants Joint Custody of His and Erica Mena’s Daughter, Along With Their Second Baby That’s Arriving Next Month, as The Two Proceed With Divorce 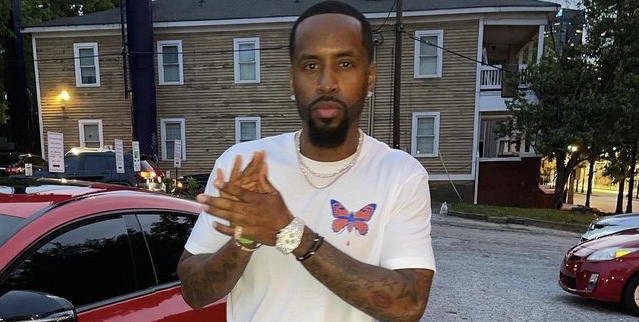 Last month, Erica Mena ended up filing for divorce from Safaree, as this is in the midst of her being pregnant with their second child. The two teased a divorce last year, but the two ended up reconciling. Now, paperwork is being filed and discussions are already there regarding custody of their children.

According to legal documents obtained by TMZ, Safaree claims that he wants joint custody of their newborn daughter, along with their second child that is expected to be born next month. He added that he wants “consistent and uninterrupted parenting and visitation” of the two children as well. This comes after Mena made it known that she wanted primary custody. For child support, Safaree wants the court to decide what amount he would have to cough up per month.

In addition to the kids, the two have also been discussing ownership of their home. Safaree is fine with Mena exclusively having this property. He is making it known thought that he wants to be removed from any liability of the home, which would be done through a refinancing of the mortgage on it.

For Safaree and Mena’s cars, he wants ownership of all of them. He also wants them to keep all personal property they obtained individually.

Prior to the divorce announcement in May, Safaree and Mena were nearing their 2-year anniversary. Safaree originally proposed to her on Christmas Eve back in 2018.

More in Hip Hop News
T.I. Purchases Atlanta Mansion For Over $3 Million [PHOTOS]
Tina Knowles Says Jay Z is Always Seen Touching Beyoncé’s Legs Because They Love Each Other, And Not Because Beyoncé Has Anxiety