Home » Hip Hop News » Sage The Gemini checks a fan who tried to warn Blac Chyna about dating, letting them know he comes in peace, but not to speak on Chyna, or the nature of her relationship with him [PHOTO] 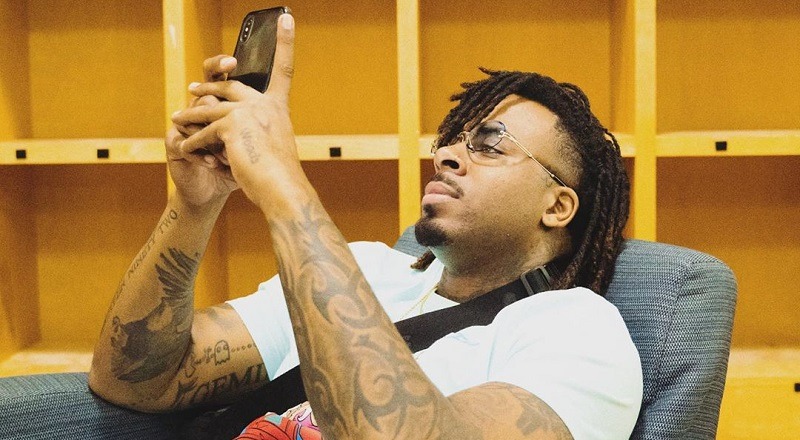 Many have forgotten about Sage The Gemini, but they are paying attention, once again. This time, it’s not about his music, but it’s about the woman in his life. It looks like Sage and Blac Chyna are dating, following her being with the likes of Tyga, Rob Kardashian, and others.

Earlier today, Sage The Gemini posted the above photo, and his caption was definitely for somebody. Leaving nothing to the imagination, Blac Chyna commented with a kiss emoji. After she did so, a fan tried to tell her she wasn’t ready for a relationship, but Sage wasn’t having it, sternly but kindly checking the fan for poking their nose into their business.

See Sage The Gemini’s IG post and the comments below:

More in Hip Hop News
Rich The Kid Says He’s Signed to a New Label and Has New Mixtape on The Way After Being Held Back On Music Releases
DaBaby Buys Boxes Of Cookies Sold By Kids In $100 Bills; Gives The Cookies Back To Them After Paying To Show Even More Support [VIDEO]