Home » Hip Hop News » Samantha and Erika are labeled by Twitter for being angry and bitter; Erika posts the Audi that Mendeecees bought her on Instagram #LHHReunion [PHOTO] 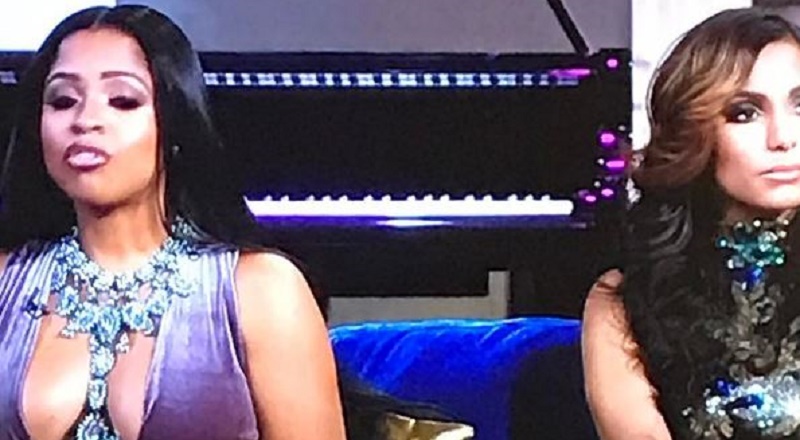 Throughout the season, and since Erika joined the show, “Love & Hip Hop” viewers have been trying to figure out the beef. While nobody was buying Samantha and Yandy being friends, like presented in season five, this beef is over the top. Mendeecees is with Yandy, officially.

But, Erika comes onto the show determined to prove Yandy isn’t legally married to Mendeecees. Just before this is exposed, Yandy confirms the rumor to Kimbella and JuJu. However, nothing really changed, as Mendeecees is still in prison.

Just as was the case, last week, Mendeecees called in to set the record straight about some things. He dismissed Erika’s claims that he bought an Audi for her and Twitter went in on her and Samantha for being bitter. But, Erika came back with proof about the car on her Instagram.

More in Hip Hop News
Bianca is being roasted for her hairline and being salty over Drewski/Sky at the #LHHReunion and for throwing money on Sky; B responds on IG, claims Drewski asked her to be in the video [PHOTO]
Trey Songz’ full sextape will reportedly leak sometime next week [PHOTO]