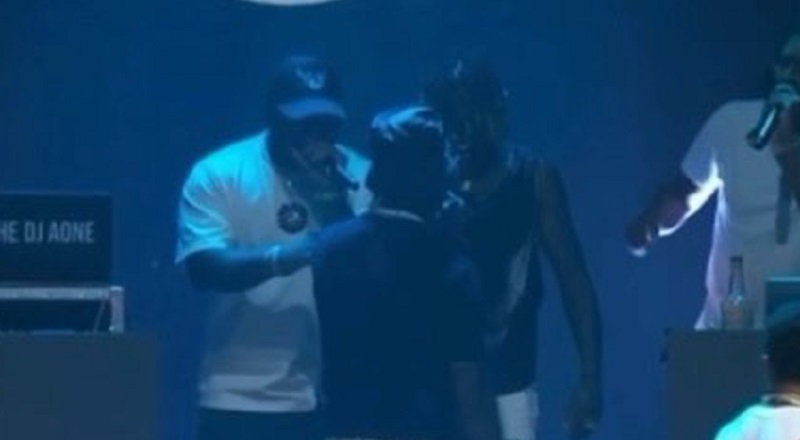 Sammie emerged in 1999 as a child singer. At the time, Sammie was the most successful child in the music industry. When Sammie released “I Like It,” he came along a year before Bow Wow. As a result, Sammie took the game by storm.

Sammie resurfaced in 2001, when he sang the hook for the Hardball soundtrack title track. After that, Sammie disappeared from the spotlight. In actuality, Sammie took a break from making music to focus on school. At the end of the 2005 school year, Sammie graduated.

Sammie returned with “You Should Be My Girl,” during the summer of 2006. During the new era of singers, led by guys like Ray J, Omarion, Mario, Trey Songz, and Chris Brown, Sammie looked like he could fit in among them. However, Sammie would fade from the spotlight, once again. As an adult, Sammie kept himself going by doing songwriting. Since 2014, Sammie has worked his way back into the spotlight.

Sammie is now an OG in the game, albeit a rather young one. Tonight, Sammie is a part of the Omarion / Mario Verzuz battle. This time, they have an opening act battle, which Sammie is a part of. Sammie and Pleasure P faced off with Ray J and Bobby V. All Verzuz battles get intense and Sammie and Ray J got into it. As a result, Sammie sang Ray J’s “One Wish,” but ended up sounding better than Ray. After that, Sammie and Ray J got in each others’ faces, leading people to believe they may fight.