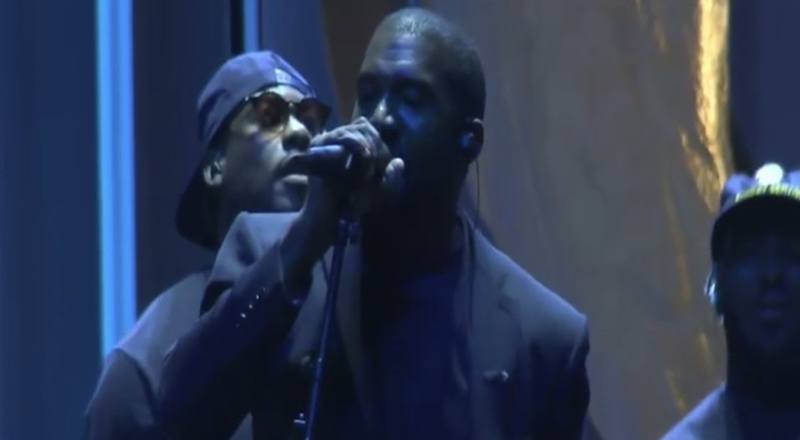 Kanye West had a very time in Houston a week ago as he visited the Harris County Jail so he and his Sunday Service choir could visit inmates as West also spoke to them. He ended the trip on November 17 as he attended an 11am service at Joel Osteen’s huge Lakewood Church. A 7pm service also followed where West and his choir made an appearance together.

West’s Sunday Service has been in demand all year and now, it’s even being intrigued by strip clubs. According to The Blast, Sapphire Gentlemen’s Club in New York City wants he and the choir to make an appearance. The Vice President of the club sent a letter to West’s team about making this happen. He said he was impressed by the Harris County Jail and Lakewood appearances along with West’s message there.

The VP says he wants West to “deliver his free faith-filled concert” at Sapphire. It is located on the Upper East Side of Manhattan. It’s interesting that he’d want West there considering the fact that he compared strip clubs to sex trafficking while preaching at Lakewood. In the end, this definitely just looks like a money-making move by Sapphire.

Check out the full letter from Sapphire’s VP to West’s team below asking if they’d like to make this appearance happen along with the Lakewood performance below.

“I wanted to reach out and introduce myself. I am the Vice President at Sapphire Gentleman’s Club in New York City, one of the premier gentleman’s club in the country. I saw you recently brought your Sunday Service inside Harris County Jail and the Baker Street ail in Houston. You followed that up by bringing the Sunday Service to Joel Osteen’s Lakewood Church and delivering a powerful message in your signature stream of consciousness style, making several… interesting… statements throughout.”

“Given your affinity for adult entertainment, we wanted to extend you an offer to deliver your free faith-filled concert in a new venue and to a new audience of Gentlemen’s Club entertainers, service staff and more. We’d love to open the doors to our 39th Street location in midtown Manhattan and have you and your choir grace us with your presence.”

“By way of background, Sapphire New York is a premier Gentlemen’s Club in NYC. We deliver top-notch adult entertainment, all with the elegance and class as our sister club in Las Vegas. Sapphire New York, the only New York City gentlemen’s club on the Upper East Side, offers deluxe amenities including designer suites with private butlers, concierge services and varying themes to satisfy every indulgence. With 10,000 square feet of space, 8,000 lovely ladies on staff and all the VIP amenities you could dream of, Sapphire New York is sure to make every man’s fantasies come true.”