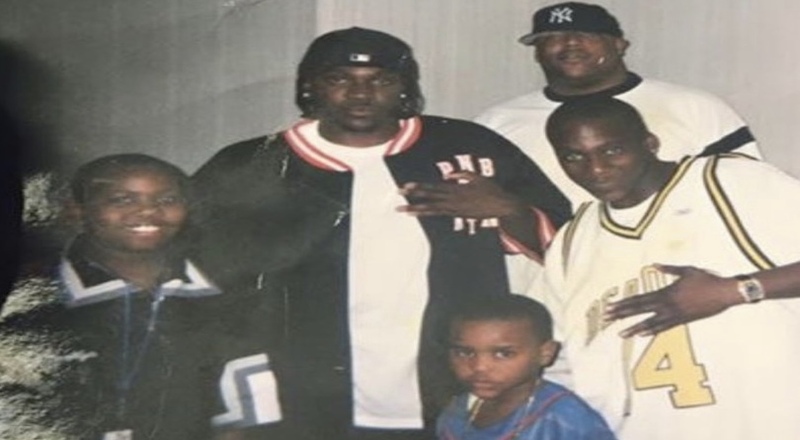 Over the past two years, Saucy Santana has become one of the biggest breakout stars, in hip-hop. He initially began to gain a buzz in 2020, for his 2019 “Material Girl” single. That led to him being the biggest gay rapper that hip-hop has seen. In 2021, Santana was extremely consistent, as he released his “Outside” and “Keep It Playa” mixtapes. Santana is also known for his close friendship with City Girls.

In 2022, Santana went on to reveal that he signed a major label record deal, with RCA. This year, he’s released his “Booty” single, featuring Latto. He also worked with the legendary Madonna, on his “MATERIAL GWORRLLLLLLLL!” single. Santana is also joining Lizzo on her “The Special Tour,” next month.

Now, Santana is trending on Twitter, again. This is due to a huge throwback photo of himself, when he was a child. He is pictured with Pusha T and No Malice, back when they were the group Clipse. Santana was all smiles, as he wore a black jacket. His stepdad was also displayed in the photo, as he served as a bodyguard.

Check out a closer look at a younger Saucy Santana with Clipse, below.