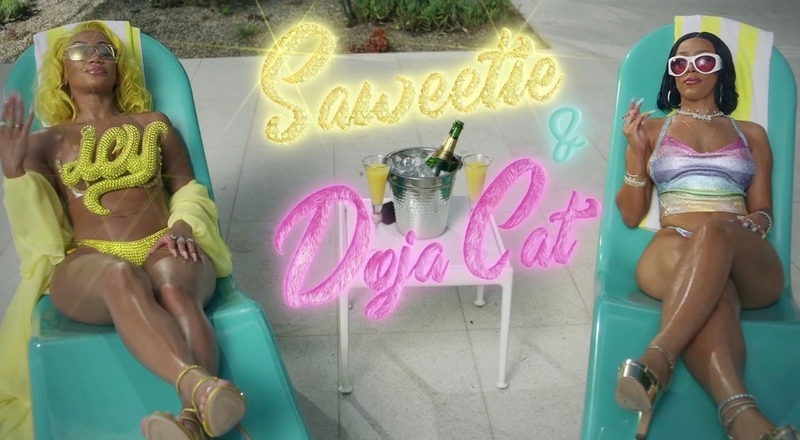 Saweetie has been dominating in 2021, as she released her new single, “Best Friend,” featuring Doja Cat, at in January. That record debuted at number 14 on the Billboard Hot 100 chart. That has since ended up being one of the biggest records of the year so far, and now, it has reached another huge milestone.

According to Chart Data, Best Friend is now certified platinum in the US. This is after selling 1 million units. The music video on YouTube has also accumulated over 138 million views.

In promotion of Best Friend, Saweetie also had a “Bestie In A Tessie” giveaway, where she would give multiple Teslas away to fans. Last week, she FaceTimed the winners, as she revealed that that they had won these and had brief conversations with them. One of the winners had even revealed that he would give the Tesla to his 16-year-old son.

Saweetie’s debut studio album, “Pretty B*tch Music,” is also on the way. It was initially supposed to be out this week, but Saweetie explained how she is a “perfectionist” and wants fans to “feel” the records on this project.