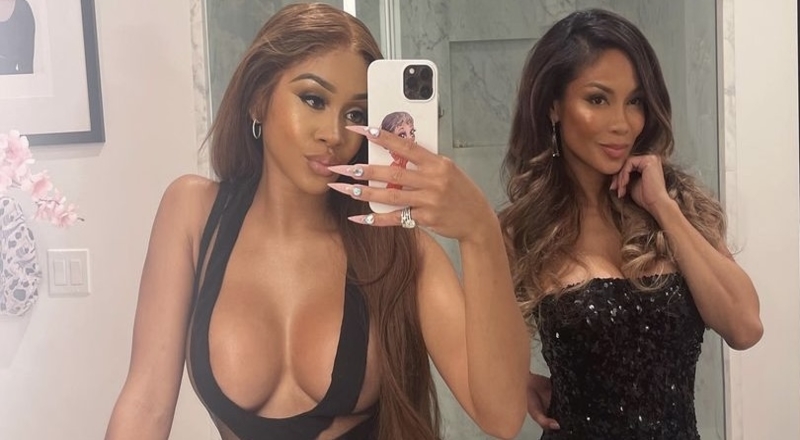 Last night at the 2022 Billboard Women In Music event, Saweetie took home the the Game Changer award. The Bay Area native also performed her new hit single, “Closer,” which features H.E.R. That collab went on to debut at number 96, on the Billboard Hot 100 chart, this week. Saweetie’s mother, Trinidan Valentin, also joined her on stage, as many admired how beautiful she looked, as well.

Now, Saweetie is taking to Insragram, to share new selfies, that also has her mom in them. Both are seen sporting black dresses, in a beautiful bathroom, that displayed marble material, all over. Fans also expressed how similar Saweetie and her mother long, along with where she gets her looks from. Many even believed that Saweetie and her mom could get confused for sisters, based on their similar looks.

2022 is also the year that many anticipate that Saweetie finally releases her debut studio album, “Pretty B*tch Music.” This project was rumored to be released last summer, but that plan didn’t given the green light. 2021 did see Saweetie put out her “Pretty Summer Playlist: Season 1” EP, and put out a hot single in “Best Friend,” ft. Doja Cat.

Continue Reading
You may also like...
Related Topics:featured, saweetie