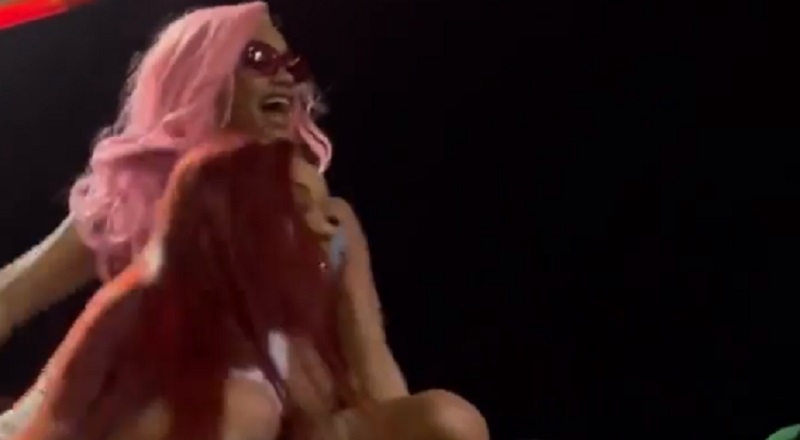 Saweetie hops on Glorilla’s FNF remix and they partied together

Saweetie has been dominating the game for nearly five years. Despite Saweetie being a major force, she still has not released her debut album. Saweetie will drop her album later this year. Technically, Saweetie is a new artist, but she has her years in. A co-sign from Saweetie goes a long way.

Saweetie recently began hanging out with Glorilla. On her own, Glorilla has the internet on lock. Last week, Glorilla released her single, “FNF.” In only nine days, Glorilla has nearly 2 million YouTube views. Among the people watching was Saweetie. As a result, Glorilla got the co-sign.

Saweetie hops on Glorilla’s FNF remix and they partied together