Home » Hip Hop News » Saweetie Says “We all Bleed The Same,” and It’s Important To “Respect Each Other,” Regarding Homophobia in Hip-Hop [VIDEO] 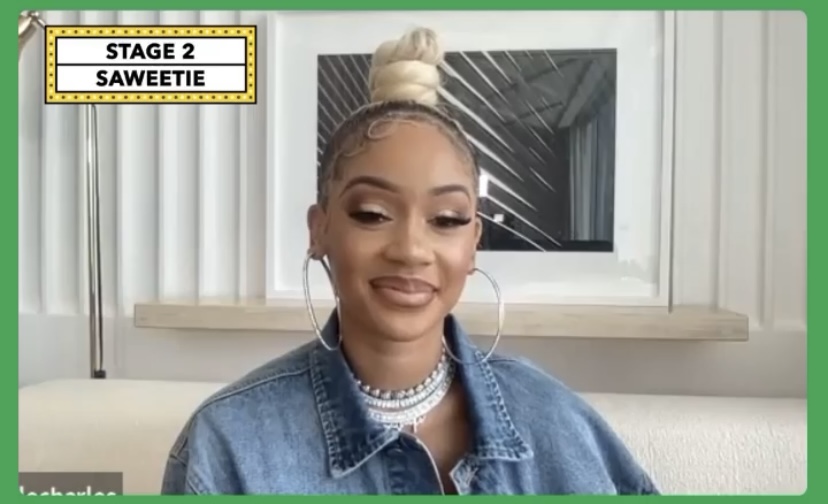 Homophobia has been a hot topic in hip-hop for years, but lately, this discussion has been turned up a notch, due to DaBaby making anti-LGBTQ remarks and against people with HIV/AIDs. This was at the Rolling Loud festival in Miami, last month.

Now, Saweetie was recently interviewed at Sprite’s Live from the Label virtual concert series, and was also asked about homophobia in hip-hop. She emphasized how people need to respect each other, and we all bleed the same way in this world. The Icy Girl also added that she grew up in a household that instilled these morals into her.

“I think that it’s important that we all respect each other. We all bleed the same,” aid Saweetie. “We’re all human beings. I was raised in a household that believes in respecting everyone, no matter who they are, no matter what they do, because at the end of the day, we’re all equal. We all need to call out what we’re uncomfortable with,” she added. “We need to call out what we stand for and what we believe is right.”

Saweetie is also red-hot lately with other business endeavors, as she currently has her own “Saweetie Meal” at McDonalds. This meal contains a Big Mac, 4 piece Chicken McNuggets, medium Fries, and a medium Sprite with Saweetie ‘N Sour and Tangy BBQ Sauces.

Check out Saweetie speaking on this subject below.

Continue Reading
You may also like...
Related Topics:dababy, featured, saweetie