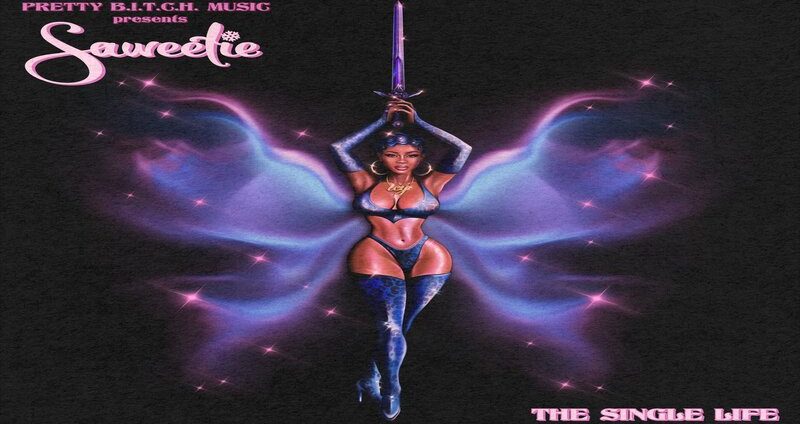 Saweetie’s “The Single Life” projected to only sell 2,000 units

Last week, Saweetie delivered her first project of 2022, which was her “The Single Life” EP. This contained six new songs, which was led by her “Don’t Say Nothin” single. That record supposedly subliminally addressed Lil Baby dating rumors, from 2021. Others speculated that Saweetie may have spoken on her ex-boyfriend Quavo, and possibly having relations with Offset.

Many fans online loved the records on The Single Life, but it appears that it still wasn’t enough to do well, on the charts. Saweetie is supposedly on pace to sell only 2,000 units with this EP, over the past week. This is definitely a shocker, considering how big of an artist that Saweetie has become, since 2019. She’s also been able lock in huge endorsement deals, such as McDonald’s and Crocs.

Saweetie hasn’t spoken on these latest projections for The Single Life, yet. However, she is still understandably celebrating the release of it, as she should. She is also planning to finally release her debut studio album, “Pretty B*tch Music,” before 2022 ends. That album was initially expected to be out in the summer of 2021.

Saweetie’s “The Single Life” projected to only sell 2,000 units

Continue Reading
You may also like...
Related Topics:featured, saweetie, The Single Life