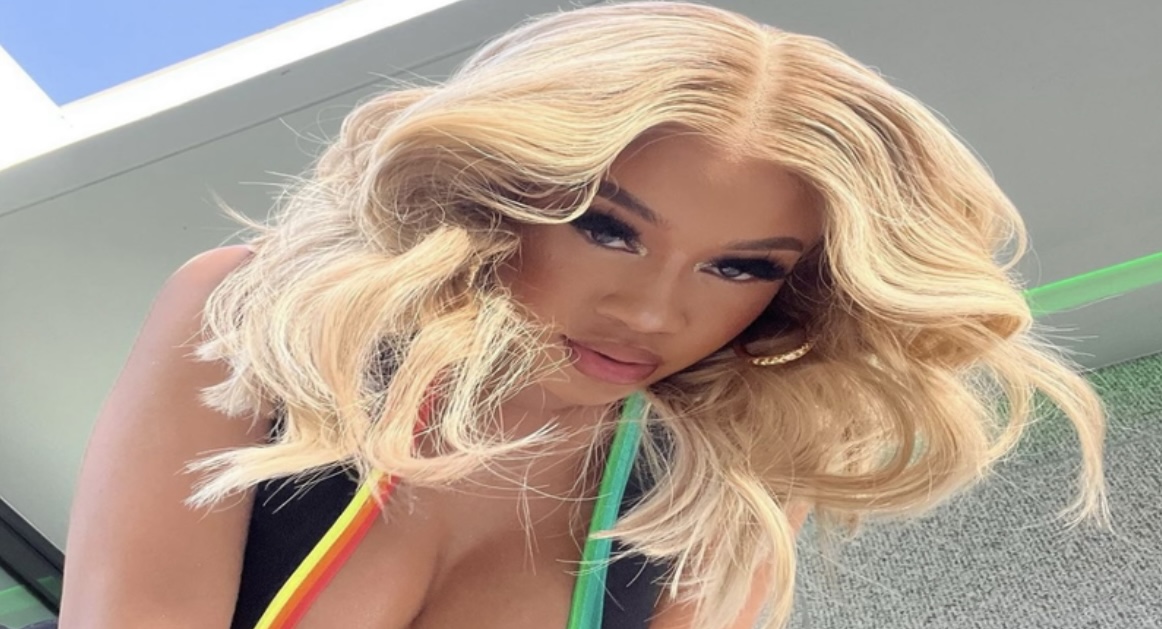 2022 has seen GloRilla become one of the biggest new artists in hip-hop, as it started with her breakout “F.N.F. (Let’s Go)” single, at the end of the spring. That record soon led GloRilla to scoring a deal with fellow Memphis native Yo Gotti’s CMG record label. F.N.F. even reached number 58 on the Billboard Hot 100 chart.

The official F.N.F. remix was released on Friday, as it featured Latto and City Girls’ JT. Many expected Saweetie to be in it, as it appeared that she was shooting the video with GloRilla for it, a few months back.

Nonetheless, GloRilla went on to pen a lengthy Instagram post to Saweetie, as she thanked her for being the first person to reach out when F.N.F. blew up, and being like a sister to her. Now, Saweetie’s unreleased F.N.F. verse has surfaced online, as many fans believe that she should’ve been added to the final remix.

Saweetie also went viral this week, for appearing on Yung Miami’s “Caresha Please” show. There, she dodged a question about Quavo cheating on her, prior them breaking up, in March 2021. The two had dated since 2019.

Continue Reading
You may also like...
Related Topics:featured, glorilla, saweetie