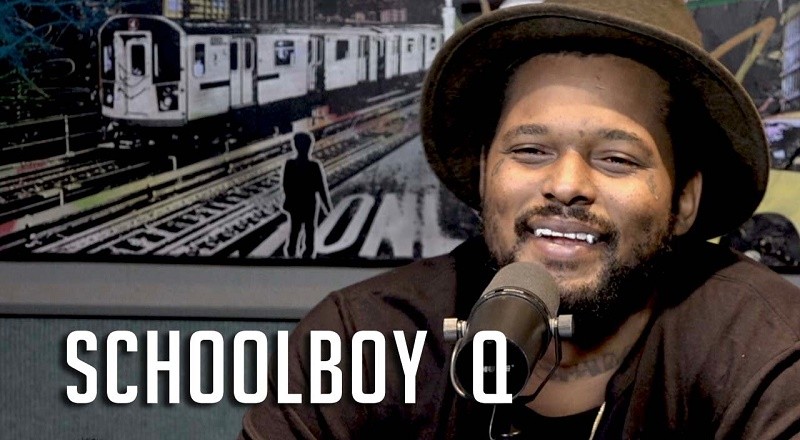 Several years ago, ScHoolboy Q built a solid fan base on the mixtape level with his indie albums. Alongside Kendrick Lamar, ScHoolboy Q helped turn TDE into a powerhouse, also with Jay Rock. The whole movement gained an early co-sign from Game, a major lift.

ScHoolboy Q saw his moment in the spotlight come two years after the breakthrough Kendrick Lamar run. His single, “Studio,” which features BJ The Chicago Kid, owned summer 2014. Then, he had a major feature on the hit Tinashe single, “2 On,” making his run memorable.

Gearing up for his next run, ScHoolboy Q sat down with Hot 97’s morning trio, Ebro, Laura Stylez, and Rosenberg. During the interview, he explained how he landed Kanye West for a feature. The interview also centered around ScHoolboy Q revealing he didn’t know how to read until he was nine.