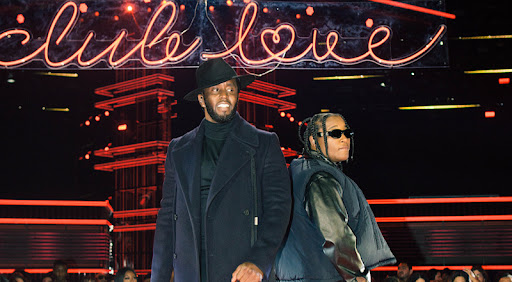 Grammy Award winning recording artist and songwriter Jozzy recently debuted her new single “Replay”. For the first time ever, she showcases her talents to the world at the 2022 Billboard Music Awards on Sunday night (May 15). In addition to her performing the song at the award ceremony, a huge announcement followed. Additionally, it was announced that Jozzy is the first artist signed to LOVE RECORDS – Sean “Diddy” Combs’ newest record label venture.

“Replay” marks Jozzy’s official release under the new R&B label and will be the single to her forthcoming EP, Jozzy has made a name for herself in the music industry as a songwriter and producer having penned hits such as Billy Ray Cyrus’s verse on Lil Nas X’s “Old Town Road,” as well as tracks for Summer Walker, Mary J. Blige, Pharrell Williams and Coldplay, Jozzy is now preparing to fully embrace her artistry in her own right. As the first artist signed to LOVE RECORDS, Jozzy is focused on creating timeless R&B music and stepping out in the spotlight.

Diddy stated LOVE RECORDS will be dedicated to R&B music and will release singles and collaborative projects from a collective of world-class artists, producers and songwriters.

With Jozzy’s official debut of “Replay,” she’s letting fans into her world. Formally inviting them to get to know her on a whole new level as an artist. For now be sure to check out Jozzy’s full 2022 Billboard Music Awards performance on our Instagram. Lastly, stay tuned here at Hip-HopVibe.com.

CONNECT WITH JOZZY ON SOCIAL MEDIA:

More in Hip Hop News
BirdVision Entertainment Plans To Change The Game In The Music Industry
Joseline Hernandez got hit by Amber Ali during “Joseline’s Cabaret” reunion; Joseline can be heard screaming and Twitter reacts #JoselinesCabaret