Home » Hip Hop News » Sears … Sears in Hilltop Mall, Richmond, California, gets robbed by gang of people, and Twitter has jokes about them stealing, saying at least steal from Macy’s, as Dan Bell says their total dollar amount came to $26 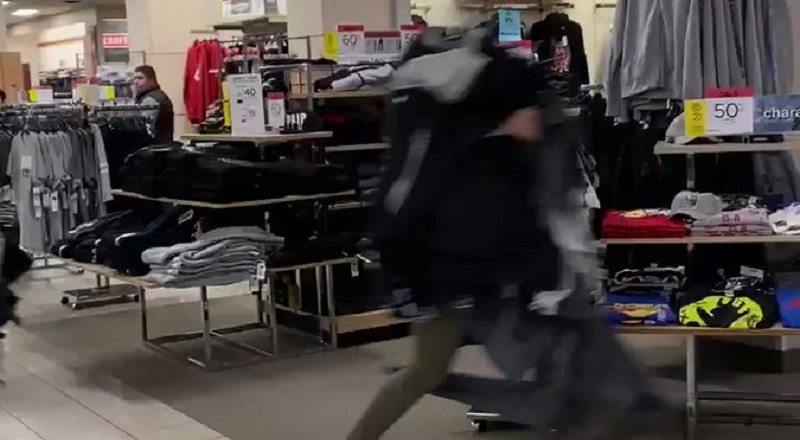 A generation ago, Sears was the place to be, and normally the beginning of any visit to the mall. Regardless of the mall, Sears was always there, and any trip with parents meant parking on that wing. The past decade has not been kind to Sears, or to the malls.

The malls that are still open are seeing their Sears stores closing, causing entire wings of malls to shut down. This trickle effect has impacted many other stores. Also, it’s forced malls to get creative, and some have actually rebounded from this.

In Richmond, California, their Hilltop Mall, is not only still functioning, they also have an active sears. Unfortunately, it is the source of bad press, this morning. Some people rushed in and decided to rob Sears, becoming the butt of jokes on Twitter, as people said at least rob Macy’s (terrible), as Dan Bell said their dollar amount robbed was only around $26.

More in Hip Hop News
Chris Brown reveals he has a baby boy, Aeko Catori Brown, with Ammika Harris, sharing photo of the child for the first time, on Instagram [PHOTO]
Trippie Redd and Rubi Rose flirting with each other on Instagram have fans on Twitter believing they will soon be dating [PHOTO]