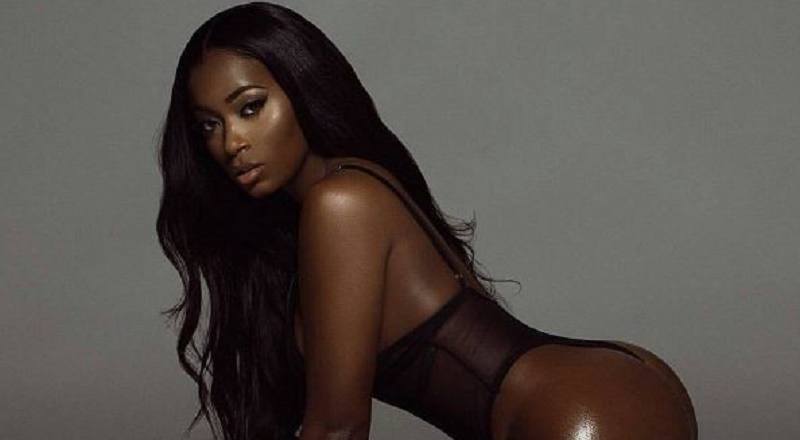 Several new people were added to “Love & Hip Hop Atlanta,” for season five. Brought on in a prominent role is Scrapp and he has the women going crazy over him. His initial storyline had him juggling Tommie, his girlfriend, and Tiarra, his baby mama.

Tiarra is a popular model, better known as Tia Becca, and she is one of the top ladies out. Her fan base is much bigger than portrayed on the show. This afternoon, Tiarra is set to gain a much bigger fan base, given the latest.

Recently, Tiarra has had several nude photos leak online. Some of the photos were modeling, some were not. Now, Fameolous has gotten footage of an actual Tiarra sextape and they have shared it live on their Twitter feed.

More in Hip Hop News
Video surfaces of 50 Cent getting arrested St. Kitts for using profanity while performing [VIDEO]
Twitter gets hyped for the BET Awards… Beyonce and Kendrick Lamar are set to open the show #BETAwards