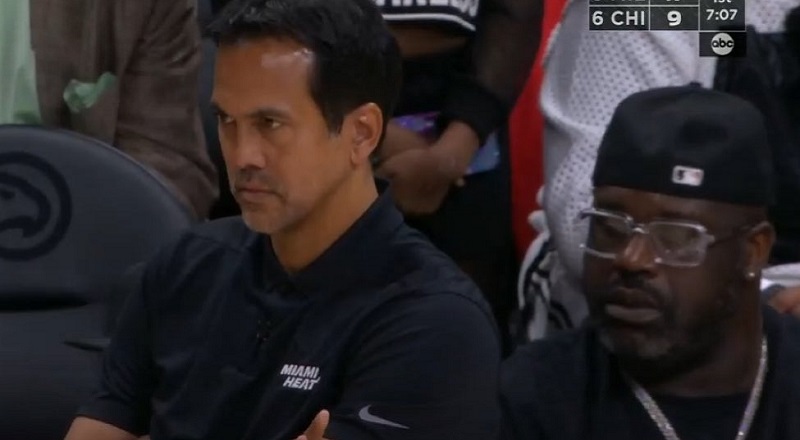 Shaq was the most dominant NBA player of his era. When Shaq was in his prime, his record spoke for itself. Shaq was drafted by the expansion team Orlando Magic. Alongside Penny Hardaway, Shaq turned them into championship contenders.

Shaq joined the Los Angeles Lakers in 1996. The Lakers also traded for Kobe Bryant that same offseason. With Kobe, Shaq turned the Lakers into a dynasty, coached by Phil Jackson. Prior to Shaq and Kobe’s arrival, the Lakers had only won one playoff series in five years. Shaq, Kobe, and Phil Jackson won the Lakers three more titles.

Shaq would join the Miami Heat, in 2004, as Dwyane Wade morphed into a superstar. At the end of Shaq’s prime, he helped Dwyane Wade lead the Miami Heat to their franchise’s first title. After 2006, Shaq’s age caught up to him, and he became a journeyman. Shaq ended his career playing for the Suns, Cavaliers, and Celtics. Since Shaq retired, he has been a commentator for the NBA on TNT. Tonight, Shaq is a spectator, watching his former team, the Miami Heat, play the Hawks in Atlanta.

Shaq’s outfit is something that has Twitter talking. The fans are saying Shaq looks like an iced out middle aged dad with his outfit on. Others are enjoying how Shaq and Erik Spoelstra are equally photobombing each other.