Home » Hip Hop News » Shaq states the obvious, saying he and Kobe would beat LeBron and Anthony Davis in a 2 on 2 match-up, but Twitter turns it into a debate over Kobe Bryant vs. LeBron James and Shaq vs. AD, like Shaq/Kobe didn’t three-peat [VIDEO] 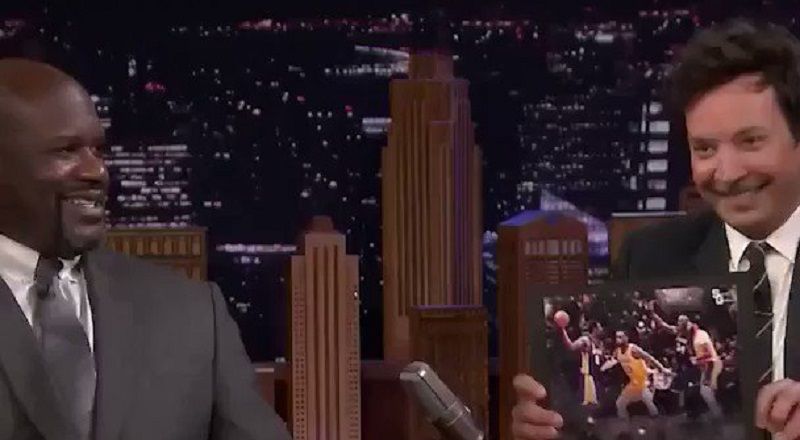 In its history, the Los Angeles Lakers have had some powerful duos. Its history includes Wilt Chamberlain and Jerry West, Magic Johnson and Kareem Abdul-Jabbar, Shaquille O’Neal and Kobe Bryant, Kobe Bryant and Pau Gasol. Most recently, LeBron James and Anthony Davis.

Last season, LeBron’s Lakers were a borderline playoff team, but had massive struggles, down the stretch. During the offseason, the Lakers traded for Anthony Davis, which was a big move. This season, that move has paid off, with the Lakers and Bucks being the NBA’s #1.

Shaquille O’Neal was the Lakers’ franchise player, from 1996-2003, leading them to a three-peat. Tension with Kobe Bryant came with that 2003-2004 team, which he led to a Finals loss to the Pistons. Despite that, Shaq said he and Kobe would beat LeBron in 2 on 2, sparking quite the debate on Twitter.

Watch the entire video and read the tweets about Shaq below:

Shaq thinks him and Kobe would win a 2v2 game against LeBron and AD.

More in Hip Hop News
YG Files Police Report in Los Angeles For $400,000 Worth of Jewelry of His Stolen at Hotel Room
Rae Sremmurd’s Stepfather Reportedly Shot and Killed By Their 19-Year-Old Brother in Their Home State of Mississippi