Home » Hip Hop News » Shaq talks Steph Curry, how he changed the game, history with Kobe Bryant and Lakers, Miami Heat 2006 championship, and more on “All The Smoke,” with Matt Barnes and Stephen Jackson [VIDEO] 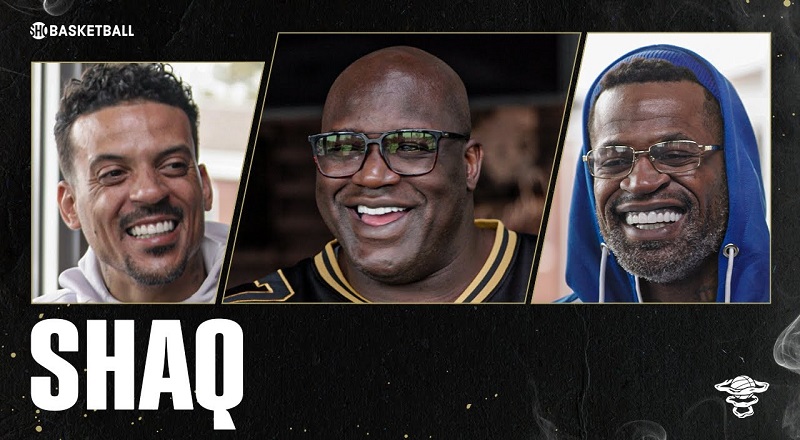 In his career, Shaquille O’Neal was blessed to play alongside many of the all-time greats. When his NBA career began, Shaq put the Orlando Magic on the map. He forced them to bring Penny Hardaway and they went to the 1995 NBA Finals.

After losing, in the 1996 playoffs, Shaq signed with the Los Angeles Lakers. Then, he was paired with Kobe Bryant, winning three straight championships. In 2004, they went back to the Finals, losing to the Detroit Pistons, and after the series, Shaq was traded to the Miami Heat.

Recently, Shaquille O’Neal sat down with Matt Barnes and Stephen Jackson, for “All The Smoke.” He discussed the business of basketball, how Steph Curry changed the game, Donovan Mitchell and Rudy Gobert, his history playing with Kobe Bryant, on the Lakers. Shaq would later be traded to the Miami Heat, playing alongside Dwyane Wade, where they won the 2006 NBA championship.

During this interview, Shaq opened up on all of this, plus his take on Len Bias. Shaq said his death is why he never did drugs.