Home » Hip Hop News » Shaquille O’Neal denies trying to hit on Megan Thee Stallion, when he got on her IG Live, he said he was doing just what his comment said he was, “watching that booty” [VIDEO] 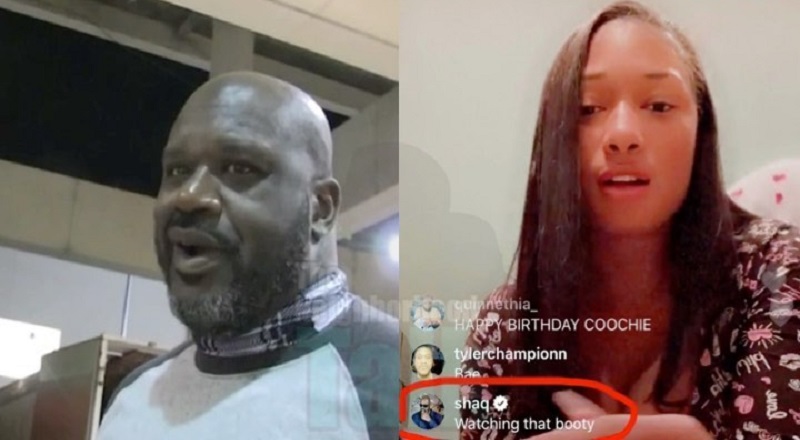 When Shaquille O’Neal was in the NBA, he was consistently one of the top players. In 2000, he won the MVP, and came close in the voting, several other seasons. His time with the Magic, Lakers, and Heat saw him go to the Finals, at least once.

During all of that time, Shaq was known for being a terrible free-throw shooter. His time in the NBA saw Shaq being a family man, as he and his girlfriend, later wife, current ex-wife, Shaunie, were fan favorites. As she did “Basketball Wives,” Shaq is now shooting shots at women.

Shaquille O’Neal showed up in Megan Thee Stallion’s comments, a few days ago. Fans began roasting Shaq, saying he was shooting his shot at Megan, as they found it hilarious. Forever a champ, with the jokes, Shaq spoke on it, and said he wasn’t shooting any shots, he was doing what his comment said, “watching that booty.”

More in Hip Hop News
EST Gee – “Red Zone” [VIDEO]
Rich The Kid receives major props, from fans on Twitter, for taking Famous Dex to rehab and being a friend to him [PHOTOS]