Home » Hip Hop News » Shaterica Neal gets called “donkey n*gger b*tch” by Columbia, SC gas station owner, Joe, who attempted to hit her several times, after she tried to give him, and his employees a free pizza, as he repeatedly told her to “get that sh*t out of here” [VIDEO] 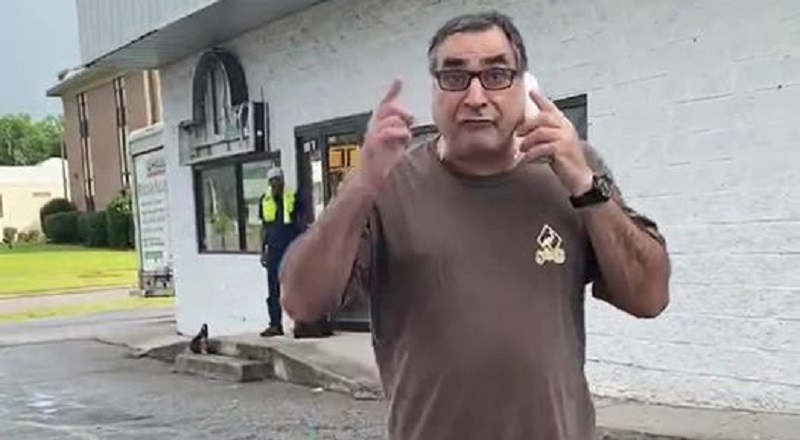 Shaterica Neal spent her whole day, yesterday, volunteering. The young woman helped the poll workers, during the South Carolina primary elections. She spent her day getting lunch for the people who were working the polls.

After volunteering all day, Shaterica Neal left with one box of pizza, unopened and untouched. Seeing people outside of a gas station, in Columbia, South Carolina, she decided to stop and give them a pizza. Instead, she was met with hostility from Joe, the store’s owner, who repeatedly told her to “get that sh*t outta here,” as the people told him she was just trying to give away a pizza, Joe tried hitting her, several times, and then finally called her a “donkey n*gger b*tch.”