Home » Hip Hop News » Megan Thee Stallion cameo could not help “She Hulk,” as it becomes the first Marvel show to not land on any Nielsen top 10 lists 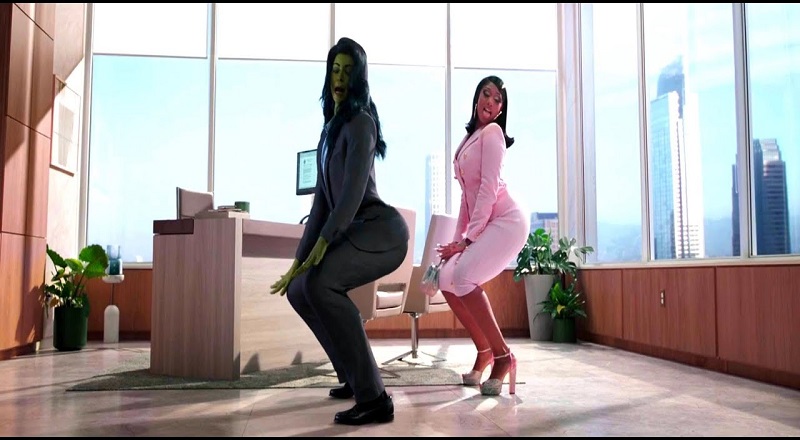 Megan Thee Stallion has spent the last three years as one of music’s hottest artists. Everything Meg has touched has gone onto be a massive success. As a result, people are reaching out to Megan to join more things. The Marvel Universe reached out to have Megan Thee Stallion make an appearance on “She Hulk.” Unfortunately, not even Megan Thee Stallion could save that situation.

Megan Thee Stallion is still riding the high of her 2020 run. Actually, during the 2018-2019 period is when Megan rose to fame. During the summer of 2019, “Hot Girl Summer” became her first top ten hit. Adding Ty Dolla $ign and Nicki Minaj to the official remix helped propel Megan to new heights. After that, she dropped “Savage,” and claimed Billboard Hot 100’s number one spot. In addition, Beyonce made an appearance on the official remix.

Megan Thee Stallion came into the Marvel Universe, via “She Hulk,” and did her thing. First of all, Megan didn’t have to do much acting, as she was playing herself. Second, they didn’t have Megan doing anything out of her personal character, so her scene was a twerk scene. As a result, “She Hulk” received a strong boost from the hip hop community. Unfortunately, the good news ended there. “She Hulk” got off to a slow first week start. It is the only show in the Marvel Universe to not land on any of Nielsen’s top ten lists.

More in Hip Hop News
Floyd Mayweather has a man counting his money after him, to make sure it’s right, while shopping at Louis Vuitton store in Japan [VIDEO]
YG bashes Def Jam, after “I Got Issues” album tracklist gets leaked prematurely