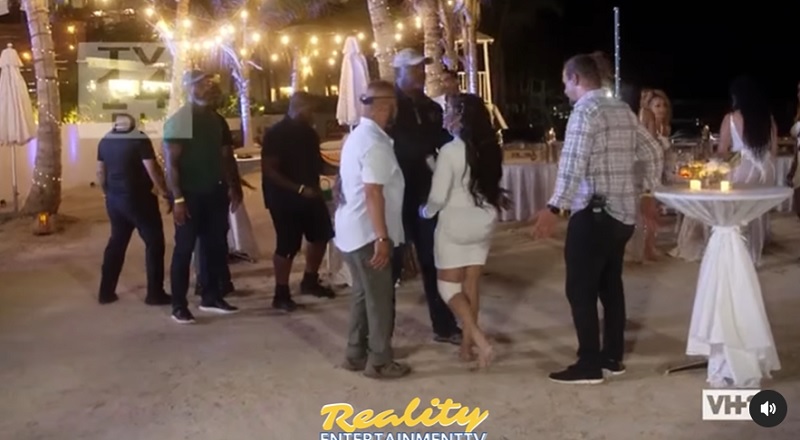 Shekinah originally rose to fame as Tiny’s best friend. In her time in the spotlight, Shekinah has been no stranger to controversy. It seems as if Shekinah is always talking. This is where she often ends up in trouble. On the latest “Love & Hip Hop Family Reunion” episode, Shekinah got into it with Chrissy Lampkin and Lyrica Anderson. It started when she asked Teairra Mari about her ongoing legal battle with 50 Cent. After all, this trip is supposed to be positive for everybody involved.

Shekinah made a name for herself for how loud she can get. During the 2012-2013 period, she was introduced as Tiny’s best friend, on “The Family Hustle.” Initially, fans loved Shekinah for her “tell it how it is” approach. However, she would soon become viewed as abrasive. As a result, Shekinah became the one that viewers “love to hate.” After that, she and Tiny hosted a talk show, which also gave people a closer look at her personality.

Shekinah clearly has issues with Lyrica Anderson. This has played out on the “Love & Hip Hop Family Reunion,” so far. When Lyrica introduced herself, Shekinah refused to shake her hand. After that, when the group was supposed to be bonding, Shekinah asked Teairra Mari about 50 Cent. Many people viewed that as being messy. As a result, Chrissy Lampkin called Shekinah out. While Shekinah was explaining herself, Lyrica called her “loud and annoying,” which led to them almost putting hands on one another on last night’s episode.