Home » Hip Hop News » Shiggy is in the “In My Feelings” video! Twitter reacts to Drake getting Shiggy, Phylicia Rashad, and LaLa Anthony for the #InMyFeelingsVIDEO #InMyFeelings (FULL MUSIC VIDEO INCLUDED) [VIDEO] 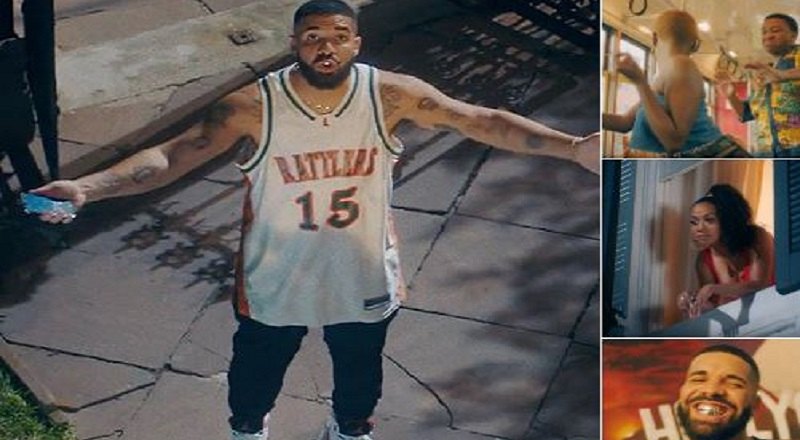 A few years ago, Drake reminded people who he was. He told everybody that he does One Direction numbers and he doesn’t f*cking miss. It turns out, Drake was right, as he has been rattling off number one records like it’s nothing.

The Toronto rapper recently concluded his Cash Money deal, but he has much more coming. Early this year, Drake dropped “God’s Plan” and topped Billboard. When the spring hit, “Nice For What” dropped, and “In My Feelings” has been the summer anthem.

Drake has his City Girls-assisted single and he has dropped the music video. The fans have seen Shiggy create a dance, leading to a disagreement, but Drake put him in the video. Fans on Twitter love it, as the video has him, LaLa Anthony, and Phylicia Rashad in the video.

Watch “In My Feelings” by Drake below:

Read the tweets about “In My Feelings” below:

More in Hip Hop News
Evvie McKinney Performs “How Do You Feel” In 360° | Season 2 Ep. 8 | #THEFOUR [VIDEO]
Drake Drops the Video for ‘In My Feelings’ Featuring Lala, Shiggy, Phylicia Rashad and More [VIDEO]