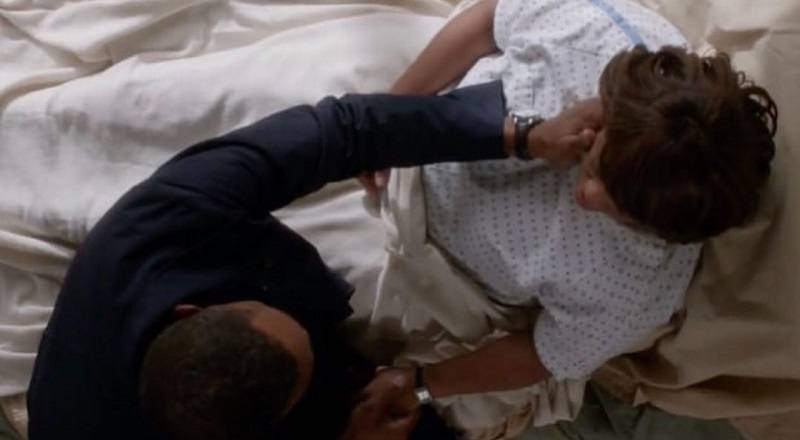 Given the longevity of “Grey’s Anatomy,” and the spin-offs the show has produced, Shonda Rhimes has become a household name. Fans have begun holding her personally accountable, when some controversial storylines pan out. Tonight happens to be one of those nights.

Longtime viewers of the show know how far Miranda Bailey (Chandra Wilson) has come. In the early days, she was “The Nazi,” but she’s now a member of the family. Viewers have come to love her, as a mother, watched her marriage fail, and then her find love again, and again.

Ben (Jason George) has been the man in her life for half the show’s run, over the past seven years. Definitely, the two have had their ups and downs, but they were finally expecting, and it was Bailey’s baby girl. Coming into tonight’s episode, fans felt Miranda might die, but it’s the baby that won’t make it, upsetting Twitter in a big way, as they come for Shonda.

Read the Shonda tweets below:

More in Hip Hop News
Paul Wall is trending, but he’s okay, fans on Twitter saw him on the Thursday Night Football intro for the Texans and Colts; Cowboys fans take it as a diss
Whoa! Old Lizzo tweet resurfaces, going viral of her sharing her own nude booty, when she was in Minneapolis [PHOTO]