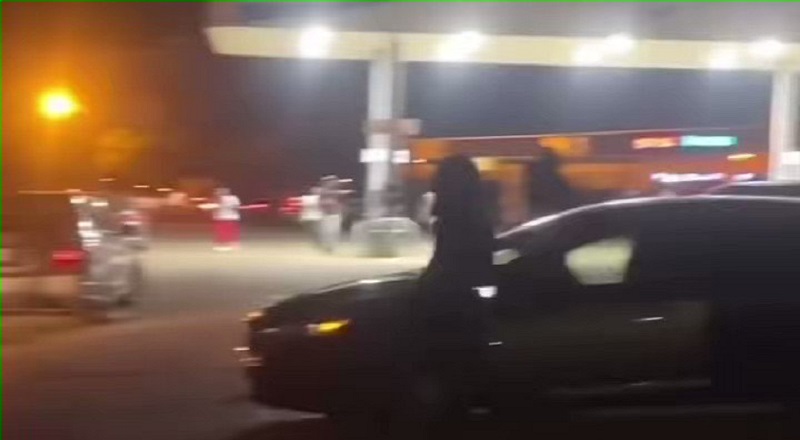 At a convenience store in the city, there was a disagreement. Instead of things getting heated to the point that blows were thrown, weapons were used. Sadly, this is the best way they believed the problems could be solved. That said, clearly no one thought about the innocent people at the store and on the road.

A disagreement among two crews of people, in Shreveport, Louisiana, led to weapons being drawn. After that, shots rang out. These people were exchanging fire with each other, carelessly walking between the cars of innocent people. As a result, the lives of numerous other people were risked. In turn, there were people out there afraid for their lives. However, none of that stopped one person from filming the entire confrontation.

More in Hip Hop News
Masika says that women should marry for money and learn to love their rich husband
Boosie’s son burns Yeezy slides, after Boosie and Kanye West take shots at each other online [VIDEO]