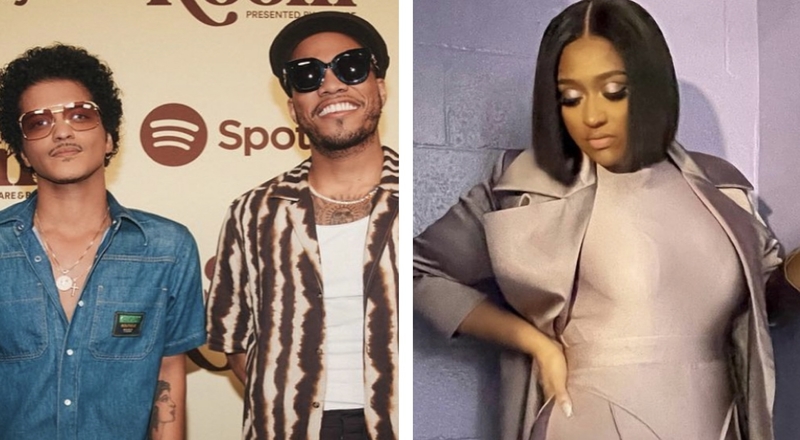 The Grammys are handing out early awards in Las Vegas right now, as these include both in hip-hop and R&B. In one of the R&B categories, one surprisingly ended up in a tie. According to Chart Data, Silk Sonic’s “Leave The Door Open” and Jazmine Sullivan’s “Pick Up Your Feelings,” both earned this tie. This is also Sullivan’s first Grammy win, after 15 nominations.

Leave The Door Open was Bruno Mars and Anderson .Paak’s first single in early 2021, as their Silk Sonic Group. That single debuted at number one on the Billboard Hot 100 chart, and is 2x platinum in the US. Leave The Door Open also went on to appear on Silk Sonic’s debut studio album, “An Evening With Silk Sonic,” in November. That project saw a number two debut on the Billboard 200 chart.

Jazmine Sullivan’s “Pick Up Your Feelings” was originally released in November 2020. It peaked at number 27 on the Billboard US Hot R&B/Hip-Hop Songs chart, and is platinum in the US. It also went on to appear on Sullivan’s “Heaux Tales” EP. That project is also nominated for Best R&B Album tonight, which is a heavy-favorite.