Home » Articles » Singer, YK Osiris, Hangs Up on Female Fan During IG Live After Finding Out She Was 16: “That’s a case!” [VIDEO] 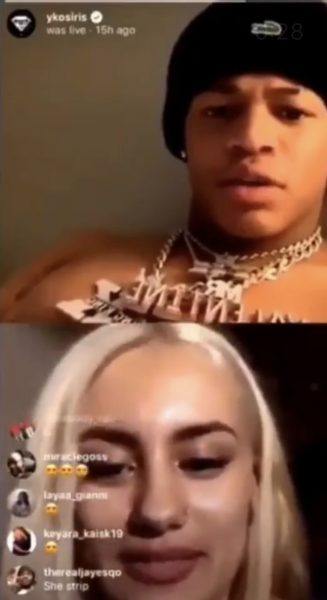 Singer, YK Osiris, is making sure he doesn’t catch a case. While on IG live with a female fan, he asks her how old she was. After pausing for a little bit, she tells him that she is 16 years old. In disbelief, he tells the girl that she looks like she’s in her twenties. After the girl confirms that she is indeed 16 again, he quickly hangs up the video on her and says “that’s a case.”

At least he knew not to engage in anything with an underage child.

Take a look at the video below.

More in Articles
New Ring Alert! Did Lil‘ Baby Propose to His GF Jayda? She Shows Off What Looks Like An Engagement Ring On IG [PHOTOS]
Sad News! August Alsina Loses His Sister On Christmas Day to Cancer