Home » Hip Hop News » Sisqo is dominating Twitter, as fans give him props for holding his own on Will Smith’s “Wild Wild West,” turning that thread into Sisqo appreciation 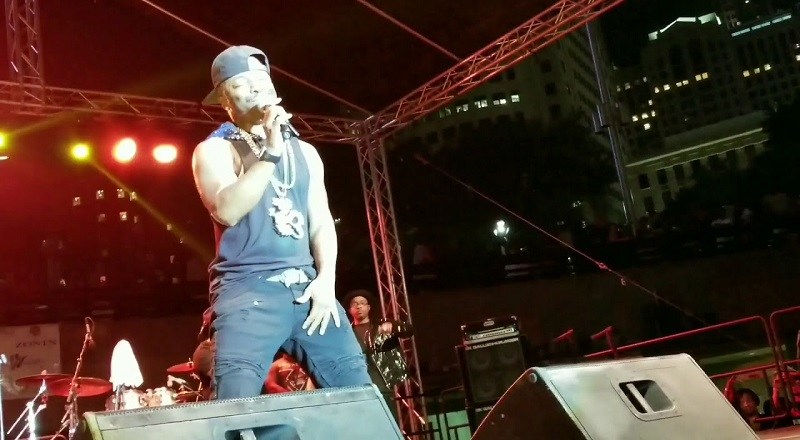 During the 1990s, R&B boy-bands, and girl-groups, took over the game, and it seemed like it would never stop. Within a decade, it did, but not before Sisqo became the leader of the new school. Boasting a raspy voice, Sisqo was the name of the future.

When he went solo, Sisqo only had one goal, and that was to be him at all costs. This paid off, when he went out of the box, and did “Thong Song,” an undeniable classic. Most wanted him to stick to the basics, which he did with “Incomplete,” another classic record.

By 2001, Sisqo was the top figure in the game, but Usher took that crown and ran with it. Ultimately, “Dance For Me” proved to the the wrong move for Sisqo, who has since reunited with Dru Hill, and their album is on the way. But, someone mentioned Sisqo, via Dru Hill’s collaboration with Will Smith, and it’s led to Twitter celebrating Sisqo all morning all, something everyone is here for.

Read the tweets about Sisqo below:

Continue Reading
You may also like...
Related Topics:dance for me, dru hill, incomplete, m.a.c., sisqo, thong song, will smith

More in Hip Hop News
T.I. talks new album, #TheDimeTrap, curating trap music, the dangers of a big celebrity, and more on #TheBreakfastClub [VIDEO]
Bobby Shmurda is reportedly set to be released from prison in November 2020