Home » Hip Hop News » Slim 400 Shows Off New “F*ck 69” Tattoo; Calls 6ix9ine Out For Pulling Up To Cities Early in The Morning When No One is Around [VIDEO] 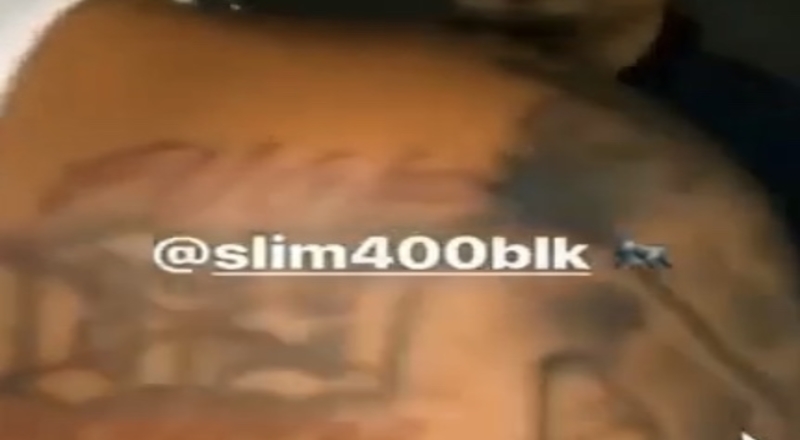 Tekashi 6ix9ine has been in LA having fun all over the city with Akon over the weekend. He was seen leaving a private jet and also passing by Santa Monica. One is not feeling 6ix9ine coming to LA and also seeing the Nipsey Hussle mural is YG’s close friend, Slim 400.

YG had beef with 6ix9ine last year and Slim hates the Brooklyn rapper as well. It’s not at a point where he just revealed his “F*ck 69” tattoo on his back. He also blasted 6ix9ine for coming to cities like Chicago and LA early in the morning where he knows nobody will confront him.

“Talkin’ ’bout ‘do you love it?’ We don’t love you, n***a. And we see you over there on that ave, n****. ‘Bout to beat yo ass. You lucky you is over there early in the morning like you always m*thafuckin’ do. You hopped down to Chicago, early. You hopped into L.A., early.”

Slim went on to call 6ix9ine a ho and the biggest clout chaser of them all. This didn’t bother 6ix9ine at all though as he commented under Akademiks’ page with skull emojis signaling that he’s laughing at the video. Check it out below.

Continue Reading
You may also like...
Related Topics:6ix9ine, slim 400, yg

More in Hip Hop News
Drake Was Reportedly Denied Copyright For ‘Certified Lover Boy,’ Which is the Title of His Upcoming Album
Tekashi 6ix9ine Says Los Angeles is His City and Downplayed People Saying He Couldn’t Go There [VIDEO]