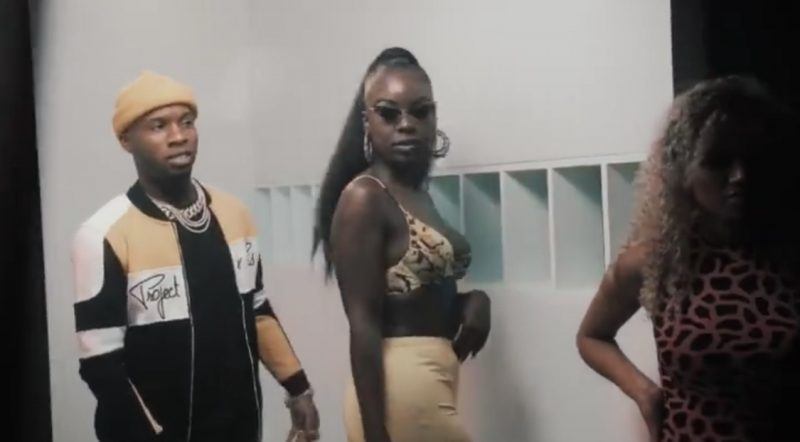 They do anything for clout.

Tory Lanez was praised yesterday after he posted a video of himself telling the director of his video to keep the darker skinned model in his video after he swapped her out for a lighter skinned model. He spoke out about colorism in the hip hop community and everyone thought it was really coming from a good place…until now.

The dark-skinned model, Shen, has come forward to say that this whole thing was a publicity stunt. She says Tory didn’t even speak to her for the entire video shoot but he kept telling the light skinned model how beautiful she was.

The director even says that the whole thing was a lie.

Do you think Tory set this whole thing up to get cool points from black women?

More in Articles
Blac Chyna Responds To Rob Kardashian Sending Lawyers To Say Their Daughter Dream Can’t Be On Her New Reality Show “The Real Blac Chyna;” Chyna Claims She Didn’t Plan To Bring Dream On The Show
Rob Kardashian and Evelyn Lozada? Kardashian brother gets called out for his “big sausage” by #BasketballWives star and he describes how she gets “down there” [PHOTO]