Home » Hip Hop News » So, Ray J was beefing with Marques Houston over “Cuts?” Twitter reacts to the decades-long beef and Ray J dissing MH in the infamous video and “The Booty Fruity diss track, but they’re going on tour #LHHH 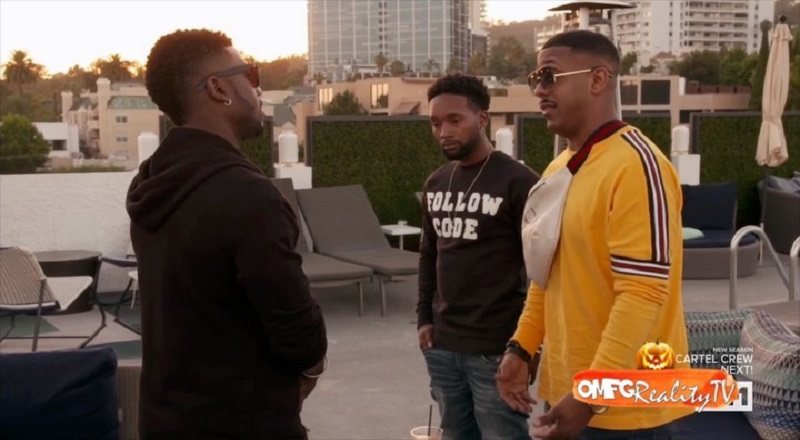 Wowwwww (Flavor Flav voice), who knew Ray J was holding all that in for so long against Marques Houston? Most knew Ray J had beef with him and Chris Stokes, because of the diss interview. Also, Ray J had the diss track, “The Booty Fruity,” going at MH.

Ray J sat down with J-Boog, who he had the infamous fight with, during the original planning for the B2K tour. Much has changed, since 2017, and now J-Boog and Ray are friends. With money on his mind, Boog decided to sit Ray and Marques Houston down.

The conversation began friendly, as neither had seen the other since that brief scene on “One on One,” back in 2005. Back then, many noticed the tension between Ray and MH, and it was for good reason, as Ray was supposed to be in Immature, but didn’t make the cut, and was supposed to star in “Cuts,” the “One on One” spinoff, but was cut for MH. All of that has Twitter going crazy, right now.

Read the tweets about Ray J and Marques Houston below:

More in Hip Hop News
Brittney B gets dragged by Twitter, after fight with Zell and Paris, but fans do believe Zell and Paris started with her + Twitter clowns her wig #LHHH
Lamar Odom gets caught scratching his groin on national TV, as camera panned on him as soon as he reached down #DWTS #DancingWithTheStars [VIDEO]