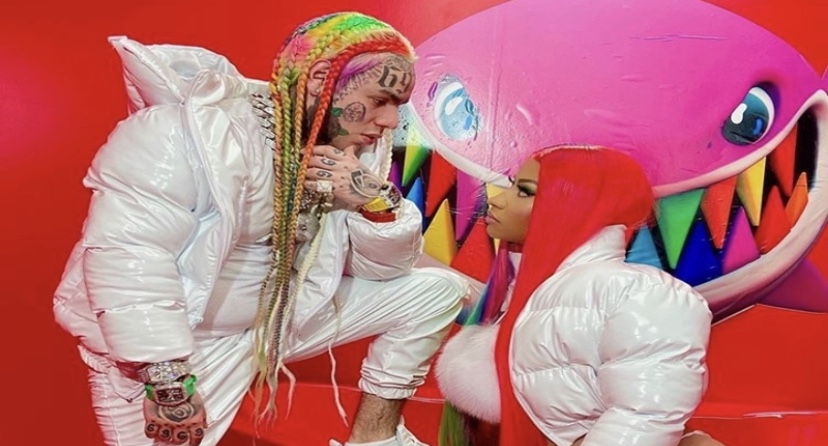 Tekashi 6ix9ine announce today that he will have a feature on his upcoming “Trollz” single that’s set to be released on June 12 and that is fellow New York star, Nicki Minaj. While announcing this collab, the two artists also revealed that proceeds from it will go to a good cause.

A percentage of the song sales and merchandise will be going to The Bail Project Inc, which assists low-income individuals who can’t afford to pay their bail amounts before they go to trial.

Social media has since been skeptical about this collab due to 6ix9ine & Nicki not being fan-favorites anymore as far as their personalities go. The two did work together back in 2018 though on 6ix9ine’s “FEFE” single which went on to go 8x platinum. Some users on Twitter think that 6ix9ine & Nicki will take shots at Meek due to her falling out with him & because of Meek coming after 6ix9ine  on social media because he thinks he’s a snitch.

Check out the Trollz announcement along with Twitter reactions below.