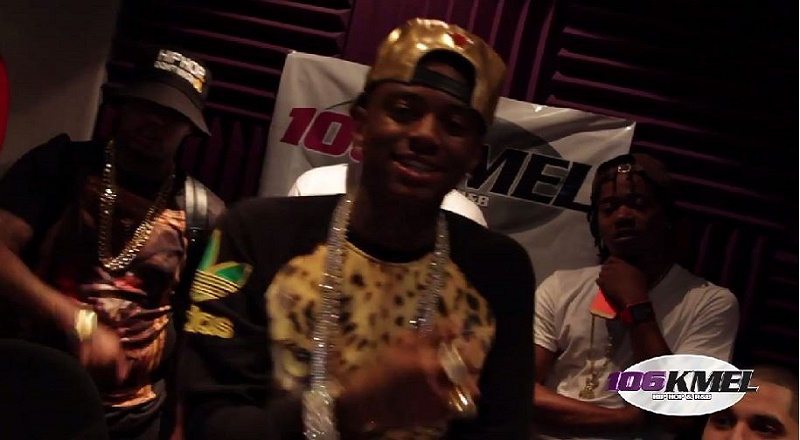 This week, there was a lot said about Soulja Boy and his wealth. Credited as one of hip hop’s youngest moguls, Soulja Boy caught a lot of flack when he was accused of stunting with fake cash and jewelry. That was the basis of the back-and-forth that took place with Soulja Boy and Gillie Da Kid.

But, Soulja Boy is a self-made man and he is fresh off the King Soulja 3 album release and he is now on tour. Going out to the Bay Area, Soulja Boy took his crew with him and they stunted like a real money gang should. It’s always a fun time when the crew goes to the Bay, which is the home of Paul Allen.

Soulja Boy recently visited 106 KMEL in San Francisco in what they intended to be an interview. Instead of an interview, Soulja Boy turned the time there into a studio session and he and the team chilled. Now, Soulja Boy is back on the road and ready to get into more situations.