Home » Hip Hop News » Soulja Boy Tell Em! Soulja Boy And Bow Wow Meet up during tonight’s final episode of #GUHHATL and Fans are confused on why Soulja Boy is giving Bow Wow relationship advice when he has his own issues #GUHHATL [PHOTOS] 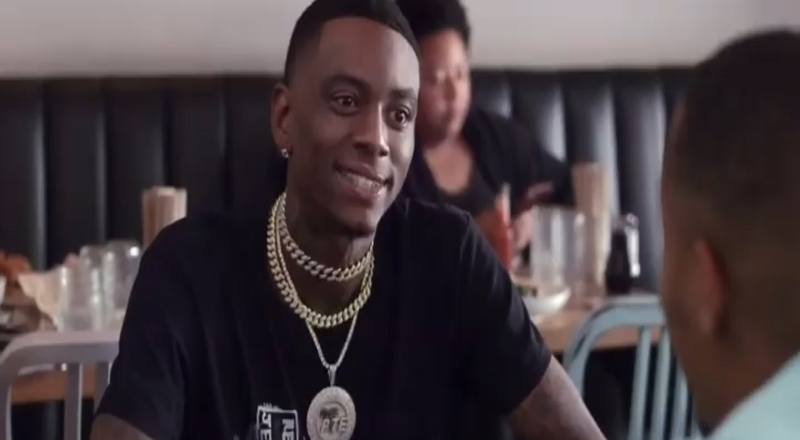 Soulja Boy came to give Bow Wow some advice about his relationship.

Soulja Boy had some hits back in the day, that we were all jamming to like “Soulja Boy Tell Em”, and “Kiss Me Thru The Phone”. Since then, Soulja Boy joined the cast of Love and Hip Hop Hollywood with his long time girlfriend, Nia Riley. The two were experiencing some major relationships issues, and Nia was dealing with Soulja Boy infidelity issues. Eventually, the two broke up and we never heard about the couple following the next season.

Tonight, Soulja Boy made a guest apperance on Growing Up Hip Hop Atlanta, where he gave Bow Wow some relationship advice. Basically, saying that Bow Wow needs to stay focus and be at peace with himself. Fans took it to Twitter to say why is Soulja Boy even giving Bow Wow advice when he has his own relationship problems.

Read what fans had to say about Soulja Boy Here:

More in Hip Hop News
Tekashi 6ix9ine Hit With Arrest Warrant From Judge For Hitting Teenager At Houston Mall In January While Already Facing Fed Charges That Carries A Life Sentence
New Couple Alert! Love and Hip Hop Star Erica Mena Surprises Fans With A Photo Of Her And Safaree Hugged Up on Vacation #LHHNY [PHOTO]