Home » Hip Hop News » Soulja Boy went “Big Soulja” on “The Breakfast Club,” going HAM on Drake in a “Big Draco” kind of way, and Twitter is still in shambles after his instant classic interview, saying no Soulja slander in 2019 [VIDEO] 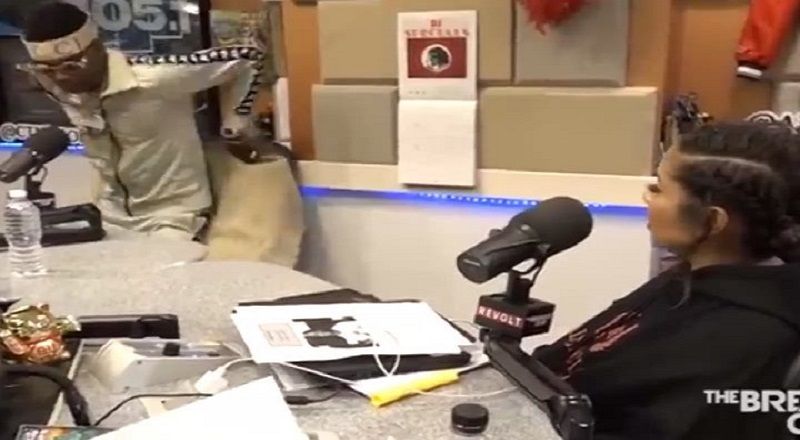 Somehow, Soulja Boy has always managed to stay relevant, even long after his music stopped getting radio play. From 2007-2010, Soulja Boy had plenty of radio hits. But, in 2011, he returned to his internet mixtape roots.

Soulja Boy definitely helped Chief Keef, among others, gain fortune and fame. But, he ended his Interscope deal, as Chief Keef was just beginning his. As an indie artist, Soulja Boy kept dropping mixtapes, but became VH1’s star, on “Love & Hip Hop Hollywood.”

Returning to reality TV, on “Marriage Boot Camp,” Soulja Boy is back with Nia Riley, on TV. But, he went on “The Breakfast Club,” this morning, to check Tyga, Drake, Meek Mill, and Kanye West. Since the interview, fans on Twitter have been in tears about Big Soulja Draco, saying no slander for him, in 2019, will fly.

Read the tweets about Soulja Boy below: