Home » Hip Hop News » Southside gets dragged for turning up on Yung Miami, after she joked about his fireworks; Fans said how he walked up to her was aggressive and he gives off “abuser vibes” + Yung Miami speaks out [VIDEO + PHOTO] 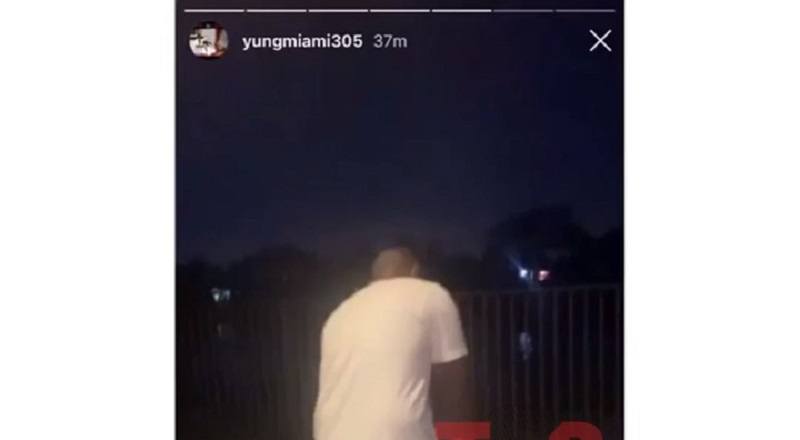 Last year, City Girls captivated the entire hip hop world, as their mixtape success went mainstream. Soon, Drake recruited them for “In My Feelings,” but JT was sent to prison, not long after. This made City Girls into Yung Miami, effectively.

Yung Miami would take her relationship with Southside public and people began trying to figure her situation out. From the jump, there were rumors of Yung Miami being pregnant. These rumors turned out to be true.

Yesterday, Yung Miami and Southside celebrated the Fourth of July, with fireworks. When Yung Miami clowned Southside’s fireworks, he seemingly got defensive, and this led to fans calling him an abuser. In response, Yung Miami said she can’t even share a fun moment without fans making it negative.

Read the comments about Southside + Yung Miami’s response below:

More in Hip Hop News
Megan Thee Stallion owns Twitter, when tells Tim Westwood “not your business,” when he asks if she was wearing weave or a wig; Fans say he would never ask a non-black woman a question like that [VIDEO]
Blueface ft. Offset – “Bussdown” [VIDEO]