Home » Hip Hop News » #SpiceChallenge takes over Twitter and Instagram, after Spice shares photo of herself with dramatically-lighter skin, with people also calling it the #FreshStartChallenge; Spice angrily responds, saying people should do a #BlackHypocrisyChallenge, after an IG page is started [VIDEO] 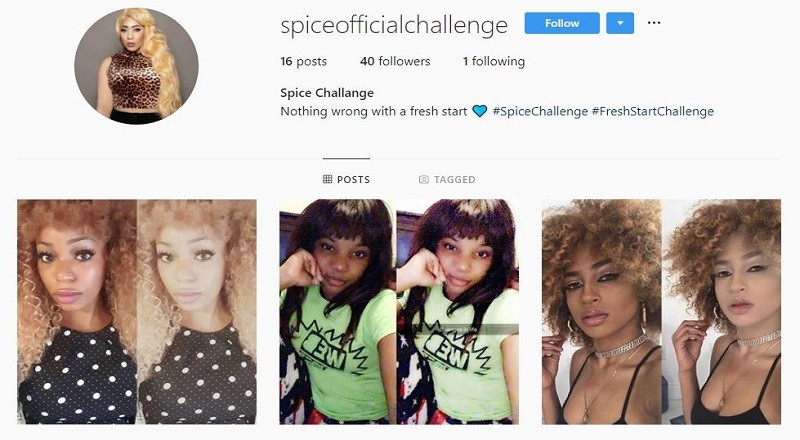 This afternoon, Spice posted an image to her Instagram, and she looked much lighter than she normally does. The popular singer represents Jamaica, but was on “Love & Hip Hop Atlanta,” last season, causing much drama. She briefly dated Tabius Tate.

When the fans saw Spice’s new look, the jokes began almost immediately. Anyone who follows this site knows that social media has no chill. Proving it, once again, they not only went in on Spice, but there is a whole Instagram profile dedicated to it.

All over Twitter and Instagram, people have mocked Spice’s post, showing dramatic changes of themselves. Seeing how Spice is trying to make a change, she was upset. After seeing what the people said, Spice told them to do a #BlackHypocrisyChallenge, next.

Read the #SpiceChallenge tweets below: