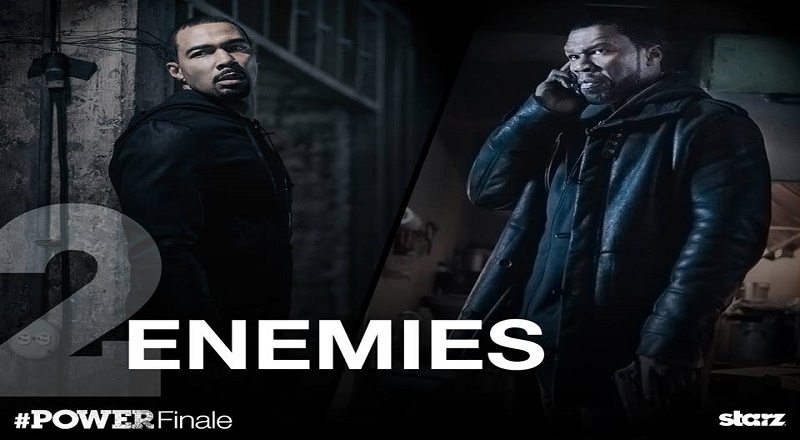 Entering the second season of “Power,” 50 Cent did a lot of talking and a smear campaign against another popular drama. But, once “Power” returned, there was no need to talk about anything else. In season two, the storylines picked up at rapid pace and Lala went topless.

Omari Hardwick continued to bring the drama as Ghost, who was fighting for his businesses, legal and illegal. Meanwhile, Naturi Naughton drew fans in as Tasha, Ghost’s wife/woman scorned. She turned to Sinqua Walls’ Shawn, who also had a fling with Lala’s LaKeisha.

Last week’s episode of “Power” was good enough to have been the season finale, as Kanan (50 Cent) got fed up with his son, Shawn’s, failures and killed him. Ghost finally told Angela (Lela Loren) that he is Ghost and she finally got rid of him. In the end, Ghost helped Tommy (Joseph Sikora) out of his legal jam, saving his life, and he was loyal to his family with Tasha, now this only leaves the Ghost/Kanan faceoff.

Read the spoilers from the “Power” season 2 finale below:

Ghost and Kanan prepare to face off

Will Ghost come out on top?

Kanan has other plans

Proctor (Jerry Ferrara) tells Ghost to put him on retainer

One of four characters may die in the finale; Tommy, Kanan, Angela, or Ghost

Will Angela succeed in putting Ghost behind bars?

Will Kanan be sent back to prison?