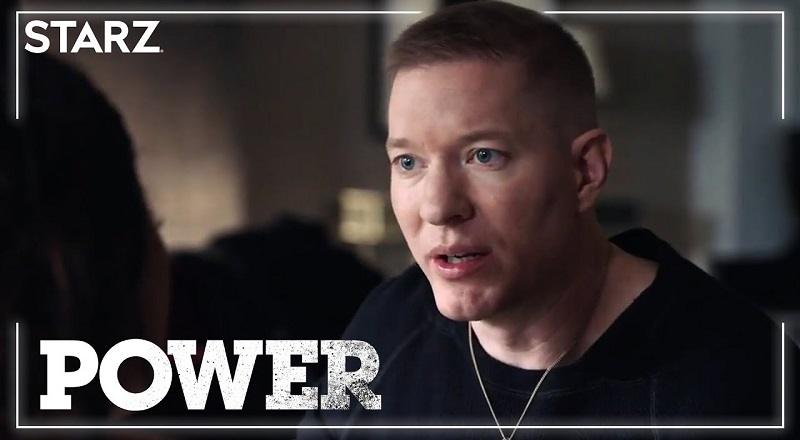 Last night, “Power” picked up right where the drama left off. Yikes, this kid, Tariq (Michael Rainey, Jr.) never learns. Right in the middle of Raina’s (Donshea Hopkins) funeral, he skips out to warn Dre (Rotimi) that he’s being set up.

Dre seems to be all over the place, right now, so he sent warnings to Tommy (Joseph Sikora), Ghost (Omari Hardwick), and Kanan (50 Cent). Meanwhile, Tasha (Naturi Naughton) is letting Silver (Brandon Victor Dixon) in. At the same time, she and Angela (Lela Loren) linked.

Coming into next Sunday’s “Power” episode, the drama picks up from where Dre met Ghost, personally, to tell him to stay in his lane. Then, there is Angela deleting files to save Tariq. Either way, there is plenty of drama going into the next episode.

Watch the “Damage Control” preview below:

Read the “Damage Control” spoilers below:

Tasha and Angela will work together to keep Tariq out of trouble.

As long as Dre lurks, Ghost, Tommy, and Kanan will be working together.

The investigation into Ray-Ray’s death will further draw Tasha and Angela into the line of fire.

Silver continues to get close to Tasha, but this could prove dangerous to Ghost.

Tariq continues to feed Dre information that keeps him alive.

Dre continues to expand his organization with the Jiminez brothers.