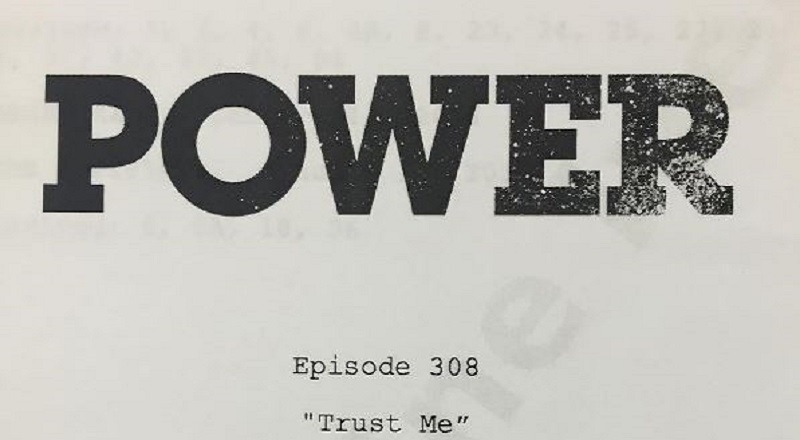 Last week saw the drama intensify on “Power,” as Kanan (50 Cent) is putting the pressure on Dre (Rotimi). After what happened last season, Kanan wants his revenge on Ghost (Omari Hardwick). Until two episodes ago, Ghost was a legitimate businessman.

But, killing Lobos (Enrique Murciano) opened a bigger can of worms, despite making Ghost and Tommy (Joseph Sikora) friends again. It opened Ghost up to Milan (Callan Mulvey) and his demands. This forced Ghost to break Angela’s (Lela Loren) heart.

With Ghost back living with Tasha (Naturi Naughton) and Tariq (Michael Rainey, Jr.) acting out, the stage is set. Fans predict either Kanan or Milan taking advantage of that particular weakness. But, whatever happens, the next episode is one not to miss for “Power” fans.

Watch the promo for “Trust Me” below:

Read the spoilers for “Trust Me” below:

Ghost most protect Angela and Tommy, while also dealing with Milan.

Angela faces more backlash at work, due to her relationship with James aka Jamie/Ghost.

Ghost may begin to question Tommy’s loyalty to him.

Angela to Ghost: “We’re not friends, we’re not lovers. We’re two people who need each other to stay out of jail.”

Someone from the Office of Professional Responsibility visits Ghost at the club to question him about Angela.

Angela confronts Tasha about Ghost and Tommy, saying Ghost’s alibi checks out, but she needs to know about Tommy.

Upon meeting with Tommy, Angela warns him to stay cool, or both he and Ghost are going to jail.

Milan meets with Tommy, who has hit rock bottom.

Ghost watches Tommy at this meeting and begins to question his loyalty.