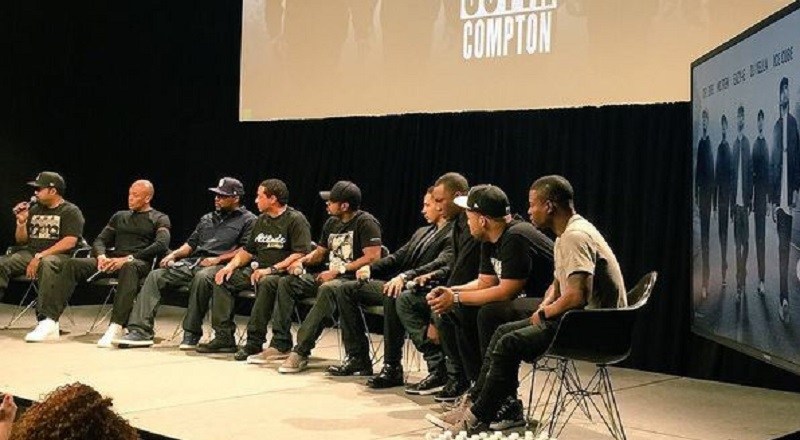 Finally, the Straight Outta Compton movie has come to fruition, following years of rumors. Going on five years, there have been rumors about NWA having a biopic that would air in theaters. This afternoon, the movie makes its debut and already has in some markets.

Chronicling the story of NWA, consisting of Eazy-E, Ice Cube, Dr. Dre, MC Ren, and DJ Yella, this film has an added bonus. Working with the directors on this film prompted Dr. Dre to FINALLY release a new album after sixteen years. With so much going on, it has yet to sink in.

Read the Reddit discussion about Straight Outta Compton below:

More in Hip Hop News
Rihanna named Key Advisor for “The Voice” season nine #VoiceRIHveal
Robin Thicke talks Paula (Patton and the album), “Back Together” with Nicki Minaj, and more with Hot 97 [VIDEO]