Home » Hip Hop News » Stefflon Don gets into an honest to goodness beef with Nicki Minaj’s “Barbz,” after jumping into the Nicki/Cardi beef, and “Barbz” point out how she had issues with Cardi, leading to her addressing them on IG Story [PHOTO] 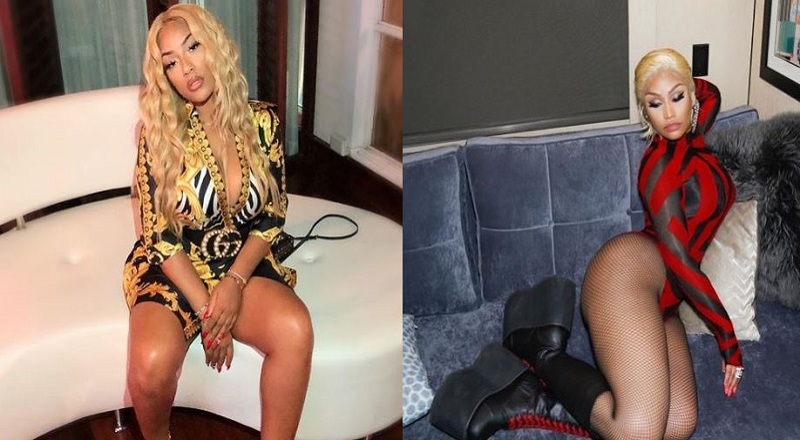 There has been so much going on, where Nicki Minaj and Cardi B are concerned, that it’s hard to keep track. Both rappers represent NYC, just different boroughs. Honestly, the two also represent two different eras in music, as well.

Nicki Minaj, as major as she is, is an artist of the 2010s, while Cardi B is looking like the 2020s’ biggest star. In this way, their beef is comparable to Nicki’s other longtime beef, Lil’ Kim. The only difference is that they didn’t have a third party.

Stefflon Don, who is a 2018 breakout artist, signed to QC. Earlier this year, she called Cardi B out, but sided with her against Azealia Banks. Now, she has called out Nicki Minaj for her comments about Cardi B, but it led to her and the “Barbz” getting into an epic beef, with Steff saying she wants to slap some of them.