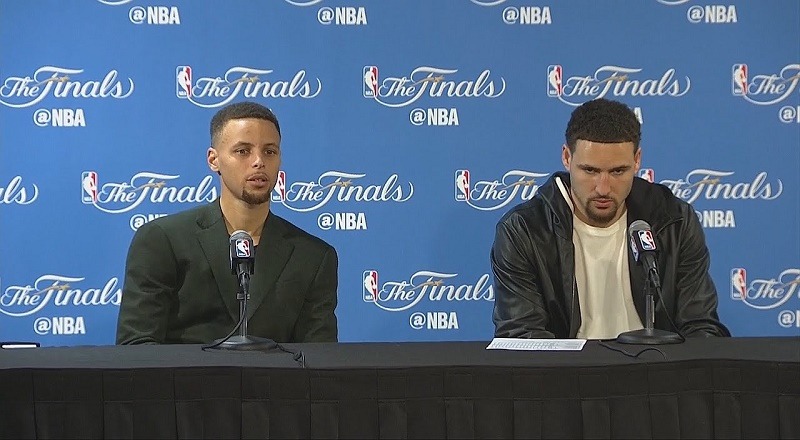 What the Golden State Warriors needed was for their squad to have a big game. Finally, the Warriors got big games from Steph Curry and Klay Thompson. But, this time, the bench did not come through with their usual big games.

Early on, Steph Curry was aggressive and the Warriors had the momentum. But, they could not shake the Cleveland Cavaliers and the momentum shifted. This was something LeBron James and Kyrie Irving made sure happened, in the end.

With the game over, Steph Curry and Klay Thompson spoke in the postgame press conference. Obviously, the conversation centered around the Game 5 loss, which they lamented. But, their focus is on getting out there in Game 6 and winning their second straight championship in Cleveland.